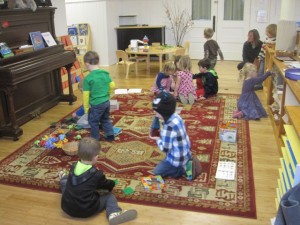 It was great to return to school this week.  We were all ready to get back to our friends and work!  The cold temperatures kept us inside for most of the week, but we had a lot of fun doing some inside recess activities and games, such as magna-tiles, Knex, Playmobile garden, Reptangles, Sleeping Queens, Rivers, Roads, & Rails, etc. 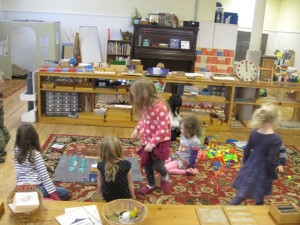 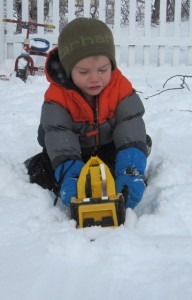 When it was warm enough to get out, the children shoveled roads all around the playground then pulled friends in sleds and drove trucks along them. 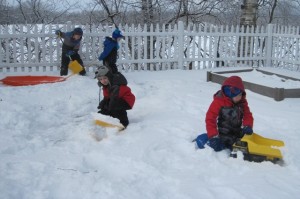 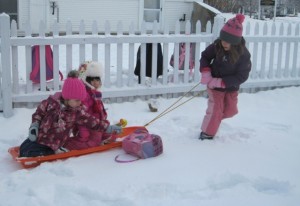 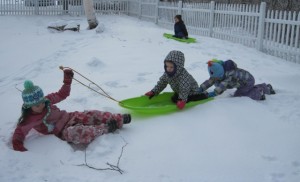 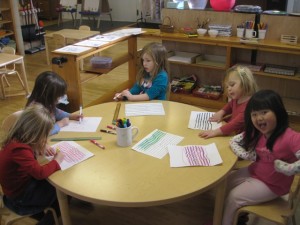 During Monday art we learned about lines.  We read Lines by Philip Yenawine about lines in art, and Lines that Wiggle by Candace Whitman.  Then we used lines to trace our hands and create 3D hand images. 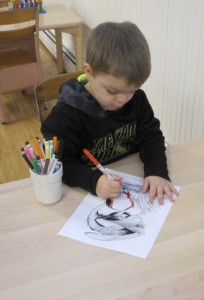 We began learning about birds, which we will be studying through the month of January.  Everyone was excited to share all of the things that they know about birds.  We know that birds lay eggs, most of them fly, most of them build nests, they sing or call, but the thing that makes a bird a bird is feathers!  All birds have feathers, and they are the only creatures that do.  We read the book, Feathers, Not Just for Flying, and learned that there are different types of feathers that have different jobs – flight feathers for flying, feathers for repelling water, feathers for soaking up water, feathers for warmth,  feathers that act as snow shoes, etc.

We also began to learn about the seven continents.  We are learning their names and where they are located on a map.  We began to discuss where we live – on the continent of North America, in the country of The United States of America, in the states of Vermont and New Hampshire, and in the towns of Lunenburg, Maidstone, Groveton, Lancaster, Dalton, Whitefield, and Jefferson. 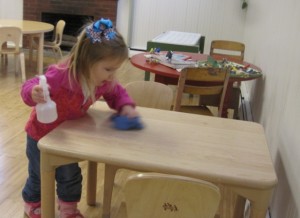 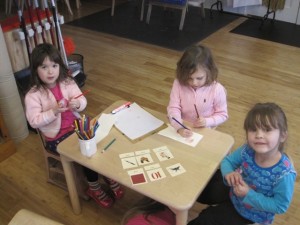 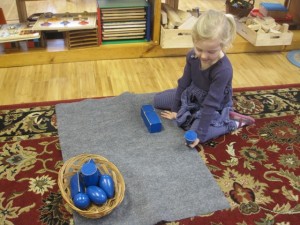 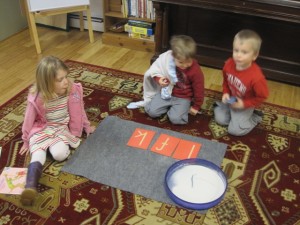 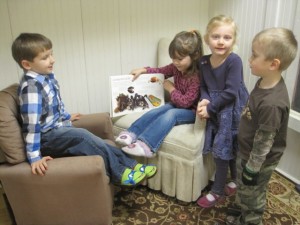 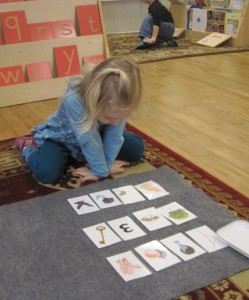 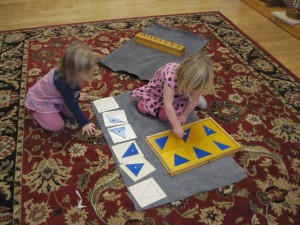 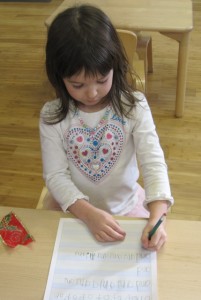 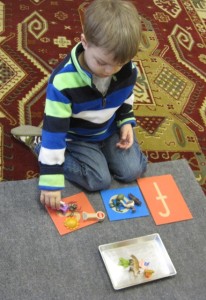 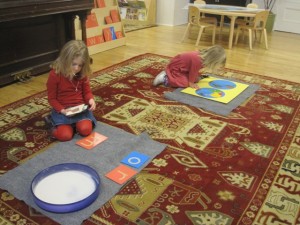 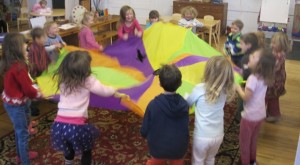 keeping that black bird in the air!

On Thursday we pulled out the parachute and had a lot of fun shaking it to make a bird fly all around, singing songs, running underneath, and sitting underneath. 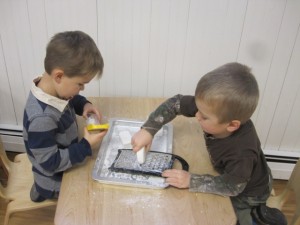 In the sensory table the children made clean mud.  They unrolled several rolls of toilet paper, grated bars of soap, then mixed it up with a bit of water and created a seriously fun moldable dough that they smooshed, poked, mounded up, and formed into all sorts of creations. 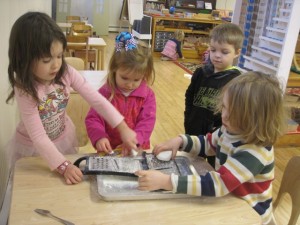 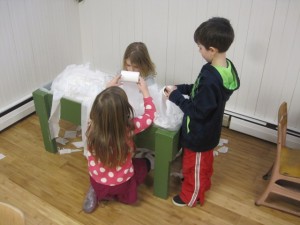 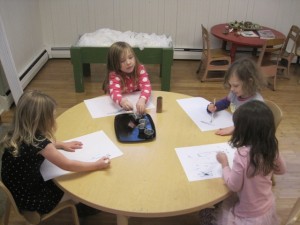 At the art table the children used feather quills and ink to write and draw. 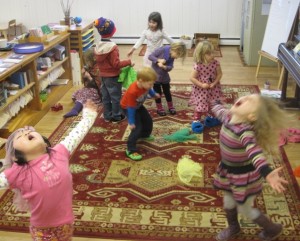 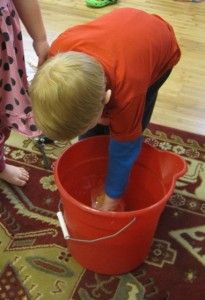 testing out the fat mitten

Friday students further explored feathers for science.  They examined feathers with magnifying glasses, then drew pictures of the feathers to show the shaft, vane, and barbs.  They pulled apart the feathers then zipped them back up, as the sections have small hooks like Velcro called barbs so that if the feather is torn it can go right back together.  We also talked about migration and how some birds leave the cold to survive, and others use downy feathers to stay warm, but what about penguins who live in the coldest place on earth?  The children stuck their hands in a bucket of ice water then put on a “fat mitten” and tested the water again.  They discovered that the fat kept their hands from feeling the cold, just like the fat penguins have under their skin. They also tried walking like father Emperor penguins who have to hold the egg on their feet for 3 months.  That was very tricky! 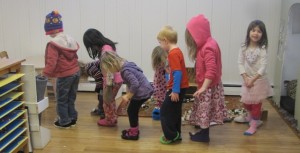 walking with eggs on their feet