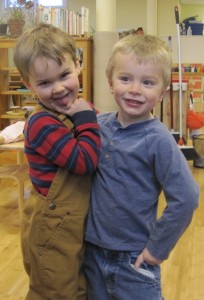 Brrrr!  The frigid temperatures kept us inside most of the week, but the children did not mind doing indoor activities.  On Monday it was warm enough to head out, so we travelled over to Colonel Town and went sledding on the big hill.  It was a lot of fun! 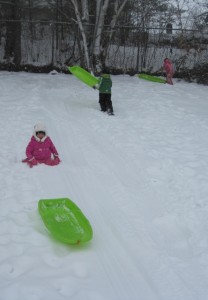 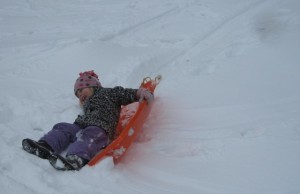 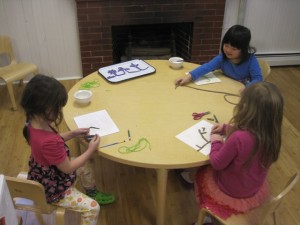 During Monday art, the students continued to learn about lines in art.  After reading the story, The Line by Paula Bossio, we tried making art with one continuous line, which was a lot trickier than we thought it would be! 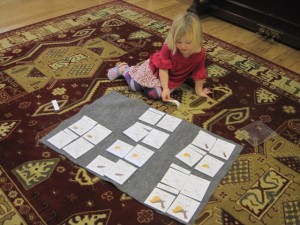 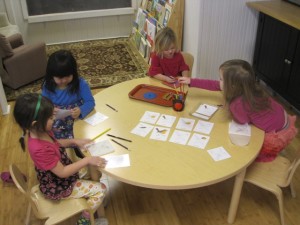 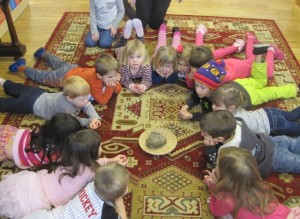 We continued to learn all about birds this week.  We read about nests and the different methods and materials birds use to build them.  We examined and compared two nests donated by the Shannon family.  We observed that one was made of moss, mud, string, and some grasses, and the other was constructed almost entirely of grasses and roots woven together.  We also read about eggs and baby birds hatching.  We examined and learned about all the parts of an egg, including the shell, membrane, albumen, yolk, and the white spot on the yolk that would turn into a baby chick.  We also discussed predators and prey, and named many different animals and their roles as predator or pray, including penguins and leopard seals, robins and worms, and flamingos and shrimp.  Finally, we listened to a variety of bird songs and calls, including a robin, eagle, owls, and crow. 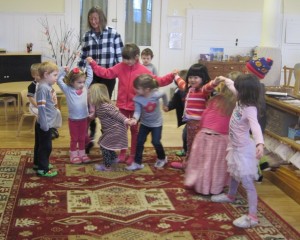 “Bluebird, bluebird, come through my window” 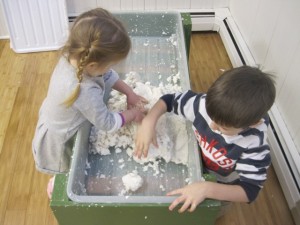 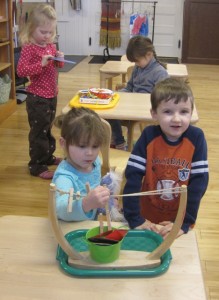 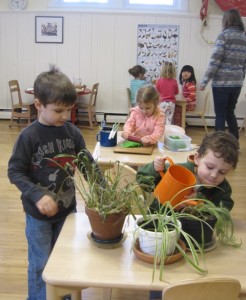 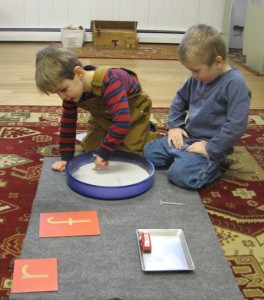 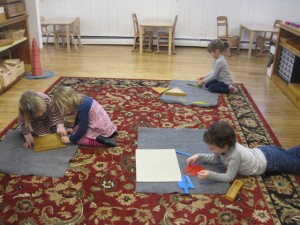 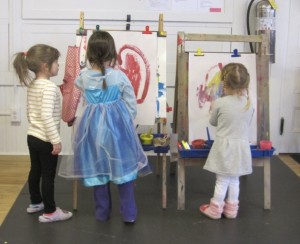 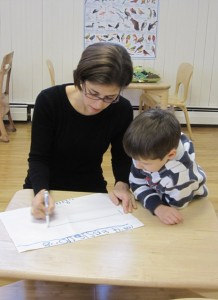 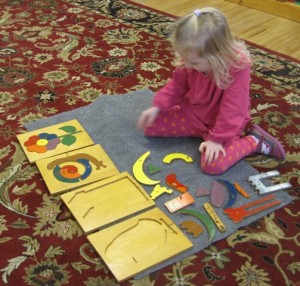 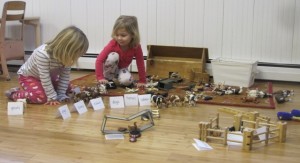 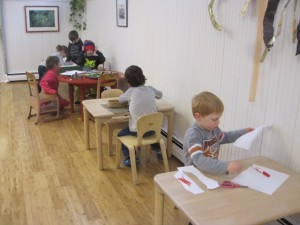 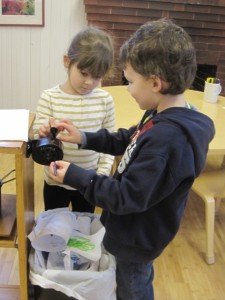 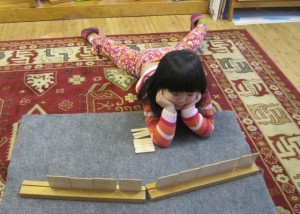 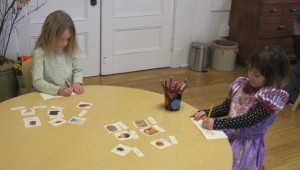 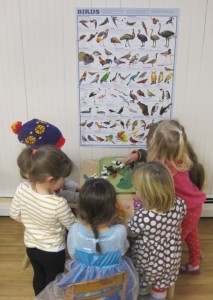 At the science table the children enjoyed examining the nests and feathers, and locating and matching our bird models with the birds on the bird poster.  Many children can identify and name several birds, such as robin, eagle, flamingo, peacock, owl, chicken, duck, ostrich, and turkey. 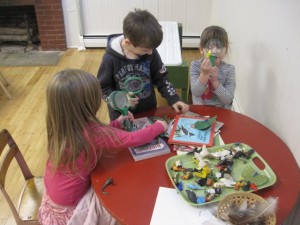 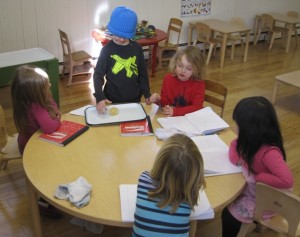 On Friday the children were excited to check out the egg we had been soaking in vinegar since Wednesday.  When we took it out, they observed that there was a lot of brown gunk at the top, and more on the egg that rubbed off.  They quickly determined that the vinegar had removed the shell, leaving the membrane only to protect the egg.  They took turns holding it, then bouncing it until it broke.  We decided to soak an egg in water over the weekend to see what happens.  It will be interesting to see if the water has any effect on it. 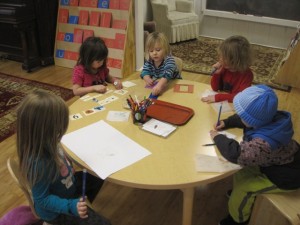 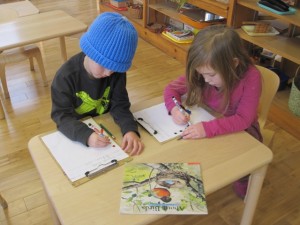 The kindergarten students began researching and recording information for a report on birds.  They listened to the book, All About Birds, then wrote down important facts.  They will read and record information from several more books before organizing it and writing a report.  They were so excited that they wanted to write as many facts as they could fit on the page!