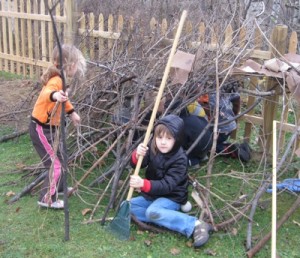 This week at Sunnybrook the students had fun tearing down the Friday fort, which had suffered a little wind damage from hurricane Sandy, and rebuilding it bigger and better for everyone to use. 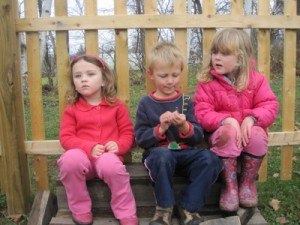 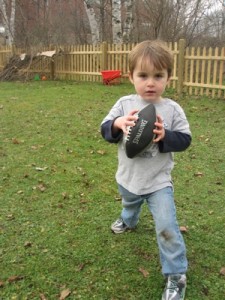 We got to know our star of the week a little better.  We learned that he has three sisters, his favorite activity is riding his ATV, his daddy reads him stories every night, and he was once kissed by a princess (and had the photo to prove it)!  One of his favorite stories is The Three Little Pigs.

During music time we learned how to sing in a round.  We practiced with the familiar song Twinkle, Twinkle, Little Star.  Everyone quickly learned to sing on cue with their group. 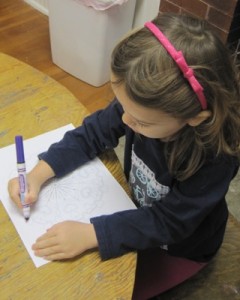 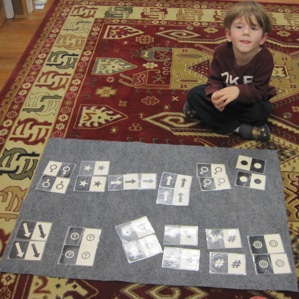 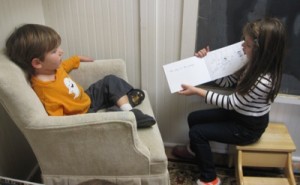 Reading to a friend 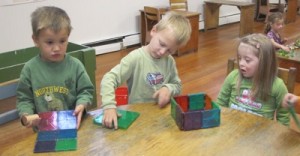 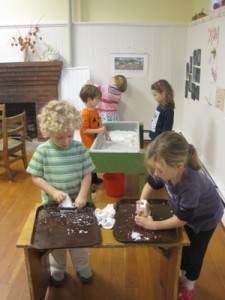 Our sensory table was busy this week!  On Wednesday we shaved bars of soap with graters and dumped the shavings into water, then whisked it up into bubbles.   We had some soggy kids by the end of the day! On Thursday we played with rolled oats.  We enjoyed the texture, which is quite different from the sand or rice that we explored before. 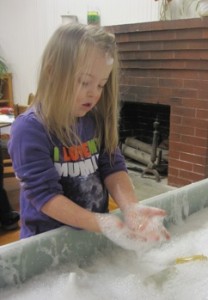 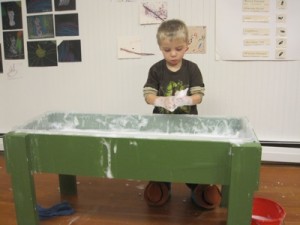 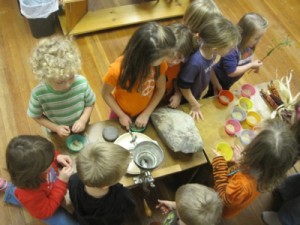 Wednesday morning we were interested to learn about different grains and how to make flour with them from Magda, of the Polish Princess Bakery.  She brought six different grains: wheat, rice, buckwheat (which is not a wheat), corn, rye, and barley.  We examined each one, then poured them into a hand grinder and got to work grinding them into flour.  We found that in order to make the flour fine enough for baking, the discs in the grinder needed to be very close together, which made the work quite challenging.  Everyone was up for it, though, and eagerly anticipated a turn. We also used two stones to grind some wheat, which was more laborious, and an electric grinder, which was fast and easy! 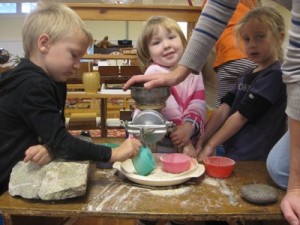 the grains ground into flour

During Spanish with Zeanny we continued to learn about the parts of the body.  We read the story From Head to Toe by Eric Carle and performed the actions.  Zeanny also brought some flannel board body parts that we took turns placing on a caterpillar body to create “Señor Loco” (crazy man).  He had two cabezas (heads), three ojos (eyes), multiple pies (feet), manos (hands), and other body parts, that were placed creatively to make quite an interesting character.

Some other stories that we read this week were Only a Witch Can Fly, Five Ugly Monsters, Stopping By Woods on a Snowy Evening, The Fat Cat, and We’re Going on a Bear Hunt. 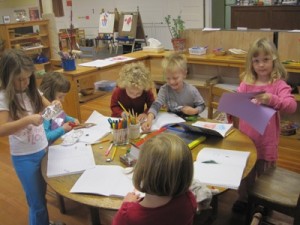 Friday students had a great day!  They selected magnetic fishing for their science time.  They drew or traced fish and cut them out, then attached a paperclip to the mouth.  They then created magnetic fishing poles, which they used to catch their fish.  They enthusiastically fished, until a No Fishing sign was posted, which they quickly altered to Go Fishing!  Then they created some of their own signs. 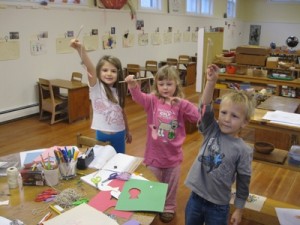 We practiced the skit that the students wrote for our winter performance, and wrote a song to go with it.  It has been delightful to see the enthusiasm and creativity with this project.  We also had fun learning and teaching some Russian words and teaching and learning some English words.  I think we all learned more than we could remember!

Next week we will begin talking about and reading some Stone Soup stories.  There are many versions!  We will be discussing community, friendship, and working together.  School will closed on Friday for Parent Teacher conferences.