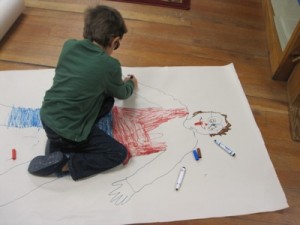 The classroom was once again busy with lots of good work!

As soon as the morning students spied the body tracings from Thursday afternoon they were requesting their own, so they quickly got busy rolling out the paper, getting traced, and decorating their life size selves. They are adorning the classroom walls and continue to be works in progress as students return to add further detail.  It is quite a sight! 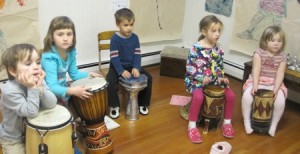 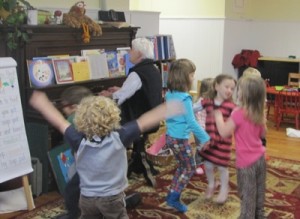 During music with Gerry we set up the drums to beat out some Native American medicine music while taking turns being various animals hopping, running, and flying around the room.  We then formed a circle and paraded around to “Here We Go Round the Mulberry Bush,” then stopped to brush our teeth, comb our hair, put on our clothes, and eat our food “early in the morning.” 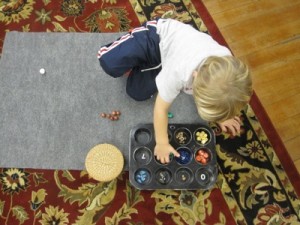 Our star of the week entertained us with his book about himself.  We learned that his favorite movie is Spider Man, his favorite color is blue, his favorite animal is an elephant, and his birthday comes right before his favorite holiday, Navidad (Christmas).  There were many enthusiastic requests to hear his favorite story, Thomas and the Shooting Star, and to see his Thomas toy train. 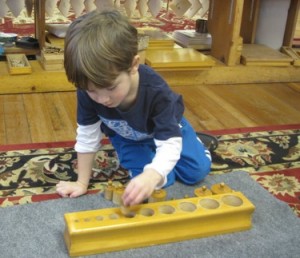 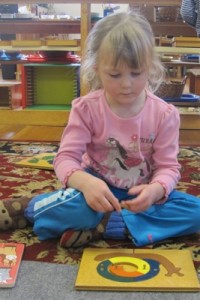 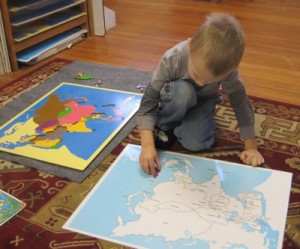 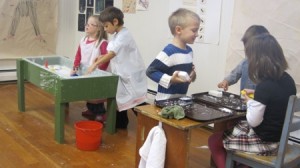 We grated soap and made lots of bubbles in the sensory table again this week.  It was a lot of clean, wet fun! 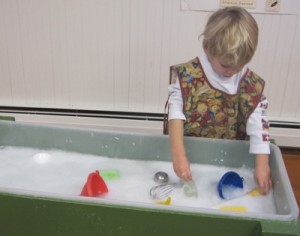 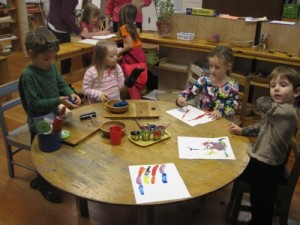 At the art table the children tried out a new technique of painting on paper, then placing plastic wrap over it and scrunching it up.  When the paint dries, the plastic wrap is removed and the picture has a textured effect.  We will try this another time with watercolor paints to see how they differ. 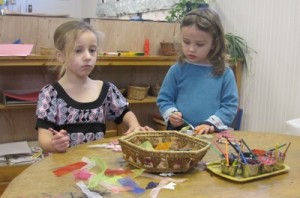 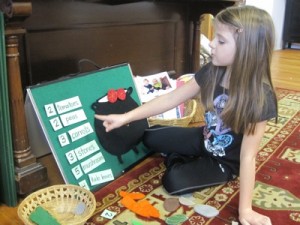 We read two more versions of stone soup, Stone Soup by Jon J. Muth, and Nail Soup by Eric Madden and Paul Hess.  We made stone soup recipes and followed them to make pretend stone soup with flannel pieces.  Some children played a cooperative Stone Soup memory game, where the players work together to make stone soup before all of the fire-out cards are turned over. Everyone is looking forward to making and eating the real thing next week! 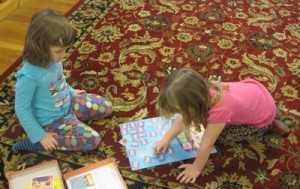 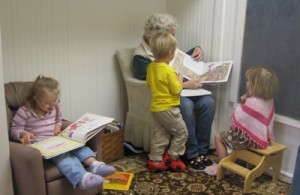 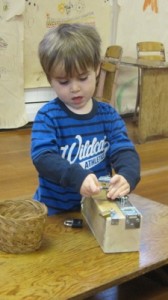 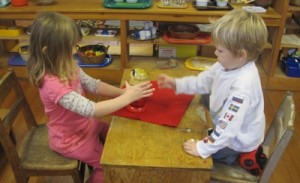 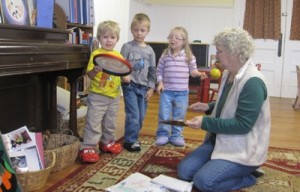 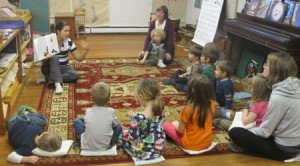 During Spanish with Zeanny we started to talk about Nicarauga.  We learned that there is a fruit from the higuero tree, and when it dries out, you can shake it and the seeds inside will make a sound, creating a natural maraca. On Tuesday afternoon the students began decorating cups to make their own maracas.  On Wednesday Zeanny read Oso en un Cuadrado (Bear in a Square) and began to teach the Spanish names for different shapes.  The students took turns hiding a flannel oso (bear) behind triangulos, rectangulos, cuadrados, and ovalos for mama and papa oso to find. 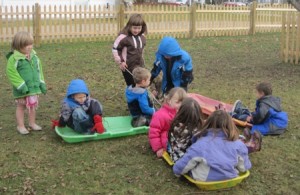 Friday students decided to be detectives and got busy printing out and dusting for fingerprints.  Everyone colored their fingers and made prints on their fingerprint cards. They used magnifying glasses to examine all the loops, whorls, and arches in each fingerprint.  It was fun to see which patterns were on each finger.  We attempted to dust for fingerprints and lift them with tape, but found that it was not as easy as we thought it would be!  The children practiced their skit and song for the winter performance and came up with some ideas for props, which they began making in the afternoon.   It is so much fun to watch them brainstorm and work together!

We will prepare for stone soup on Tuesday by cutting up all of the ingredients that are brought in.  On Wednesday morning we will add them all to the pot and cook them up for a delicious stone soup meal together with our friends!