The cold winds limited our outdoor time, but we got out every day at least briefly to expend some energy and soak up some fresh air.  Most of the children didn’t even seem to notice the cold as they busily shoveled and pulled each other around in sleds. 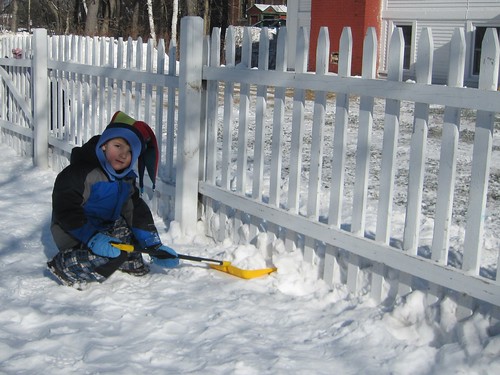 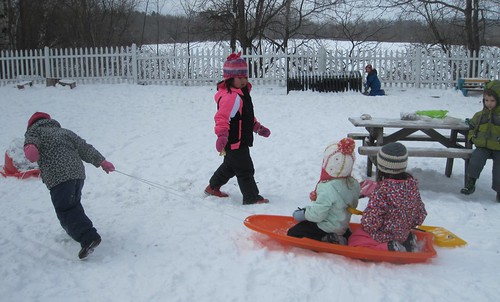 At the art table the children used droppers to drop paint onto paper then used straws to blow the paint around.  They had a lot of fun and created many colorful works of art. 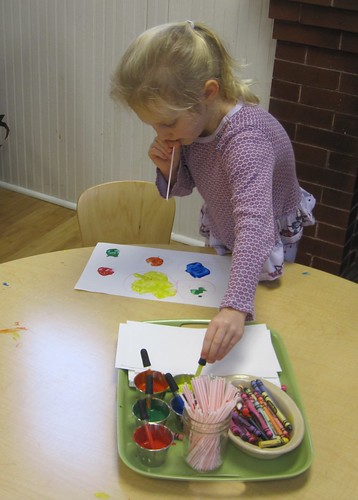 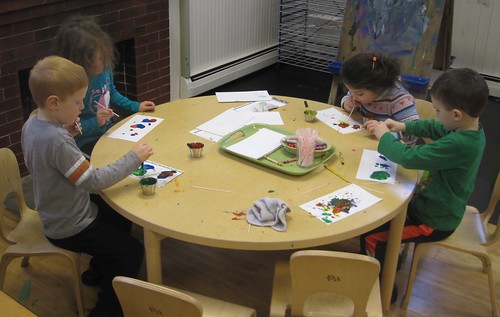 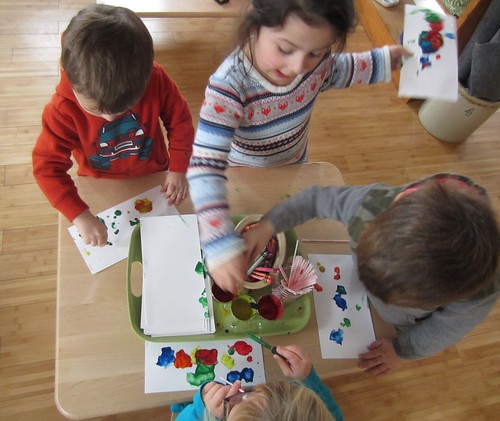 We had snow in the sensory table once again, which, unlike the snow outside, could be molded as it began to warm and melt. 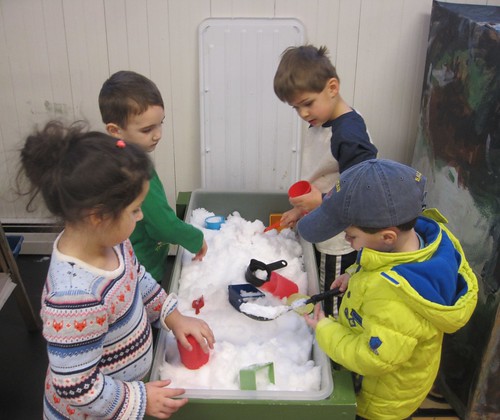 The bear cave that the students created last Thursday was very busy all week.  There were lots of bears and puppies making good use of it. 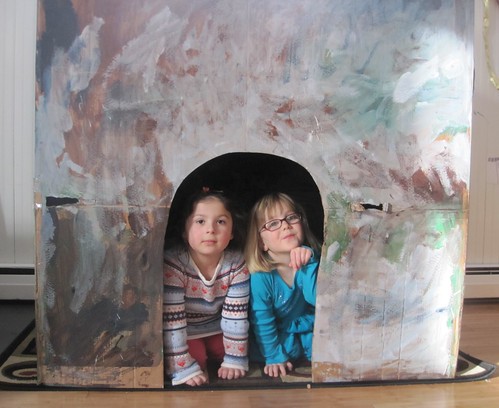 Clementine peeling and eating was available all week as a practical life activity.  After washing hands for snack, the students were welcome to enjoy one (or two). 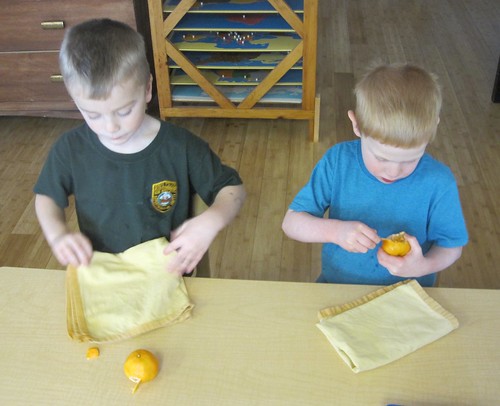 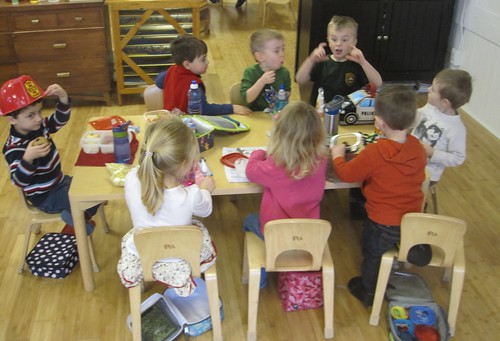 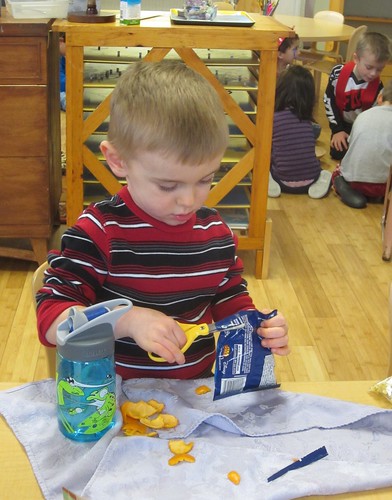 We continued to learn about food and where it comes from.  We read about grocery stores and the various departments in the store where we can find different kinds of foods.  We learned about the produce department, the meat department, the dairy cooler, the bakery, frozen foods, and all of the aisles housing canned and boxed items.  We started reading the book, Where Does Our Food Come From?, which talks about the various food groups.  We began by learning about grains, which are the seeds of different types of grasses.  We focused on wheat to begin with.  Lyn told the story of the “Little Red Hen”.  We are looking forward to baking our own bread next week! 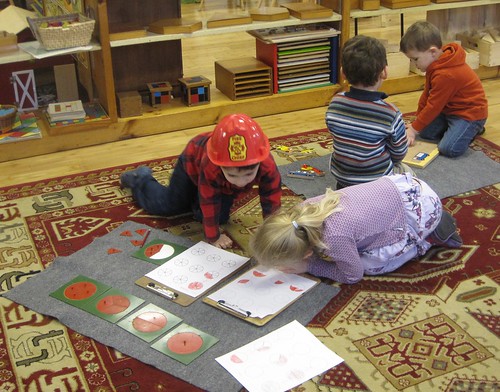 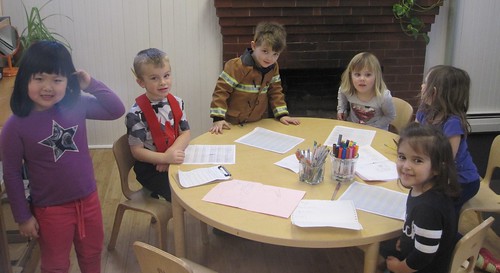 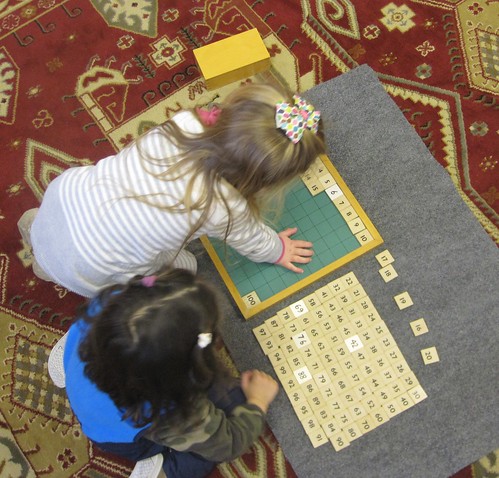 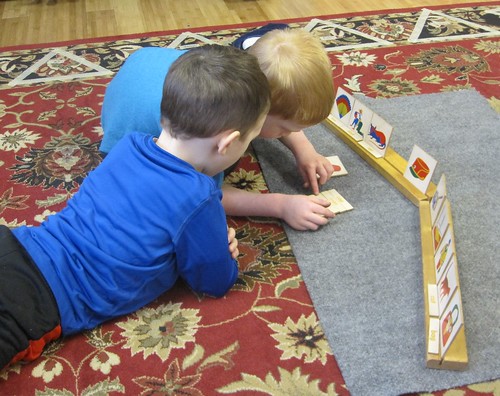 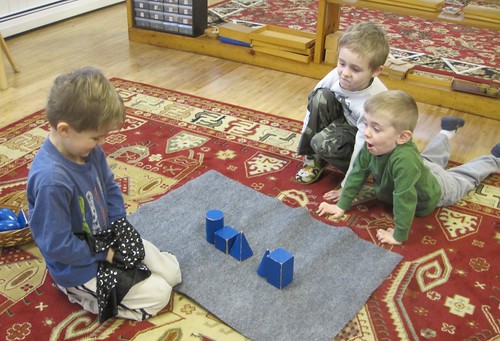 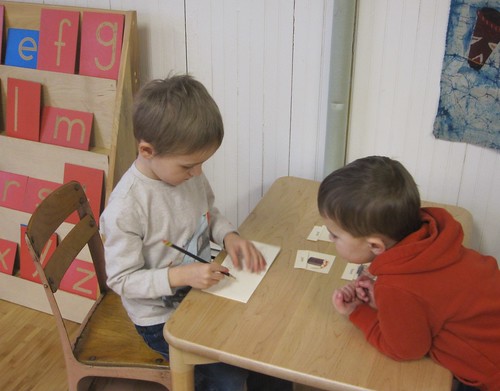 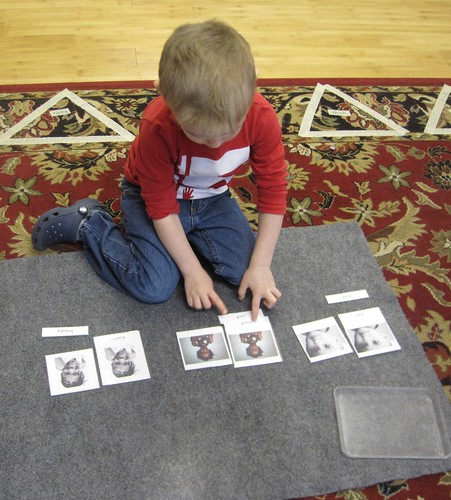 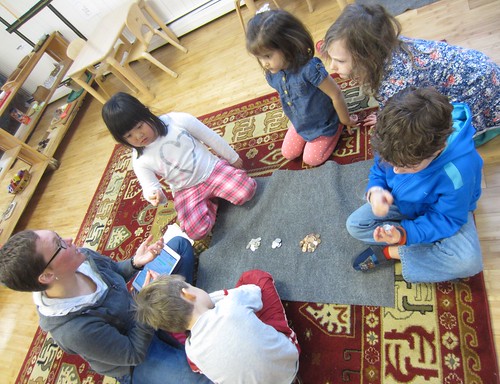 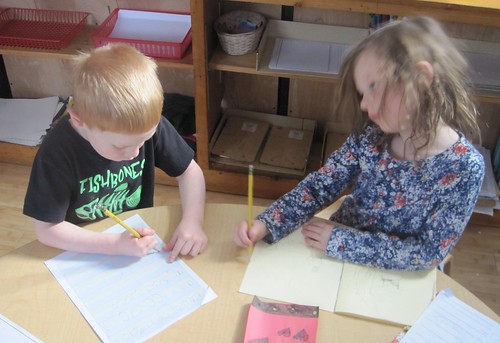 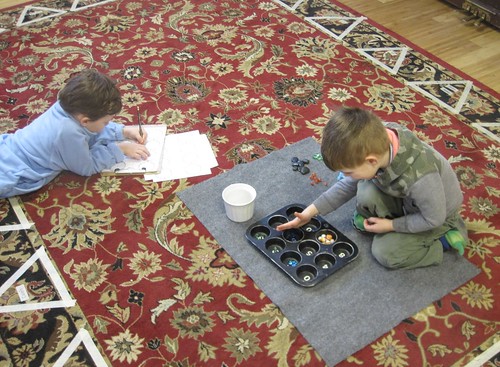 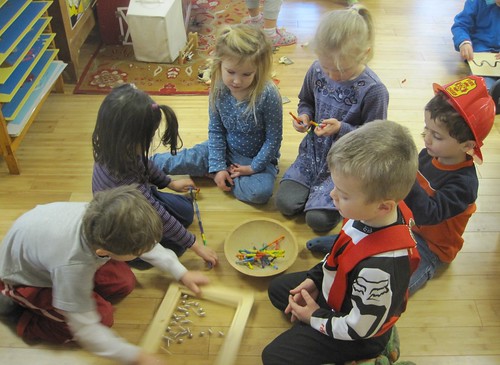 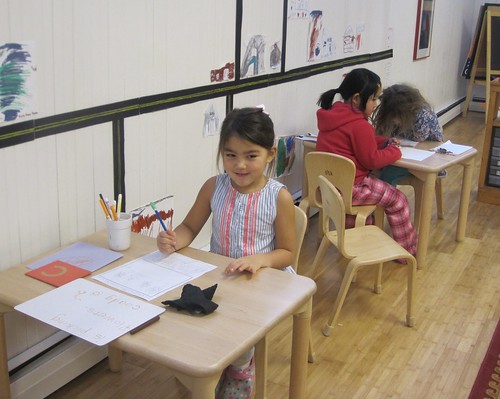 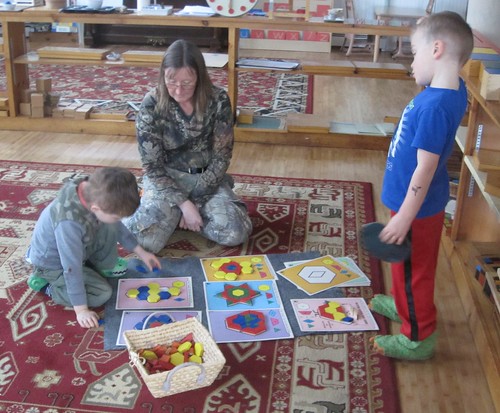 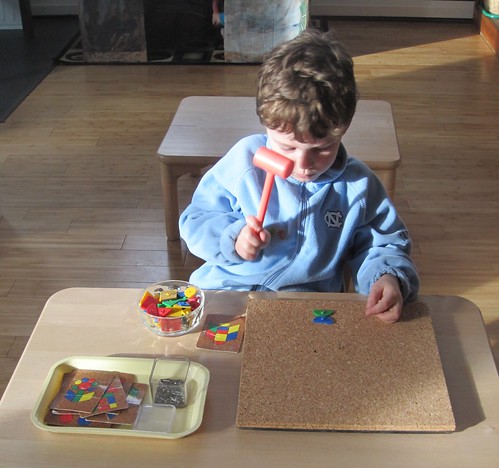 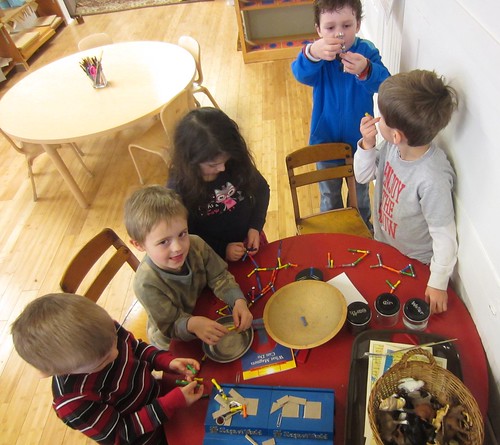 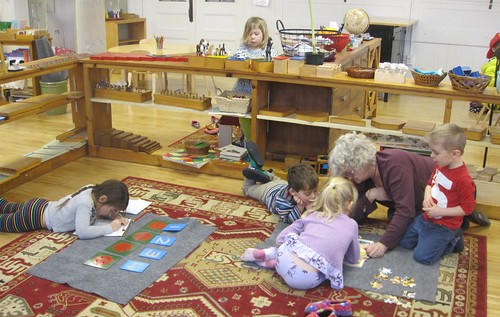 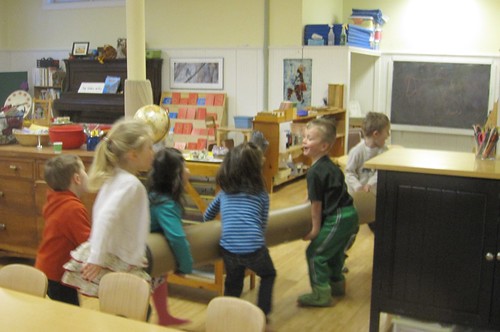 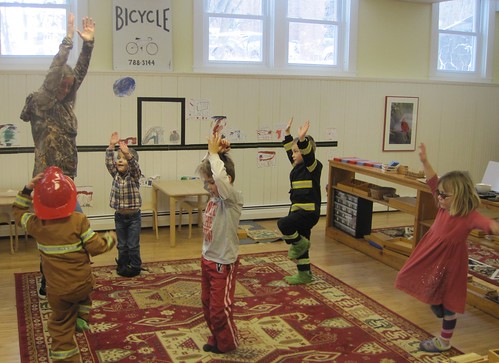 For Friday science we read about the sense of sight.  We talked about various characteristics that we can use our sense of sight to explore.  Color is one characteristic that can only be distinguished using our vision.  We played charades.  Each child chose one thing to be or do, then acted it out.  We raised our hands until we were called on to share our guess about what the actor was being or doing.  Some of the things we saw were a bunny, a fish, a flat tire, a sea shell, and a fire engine. 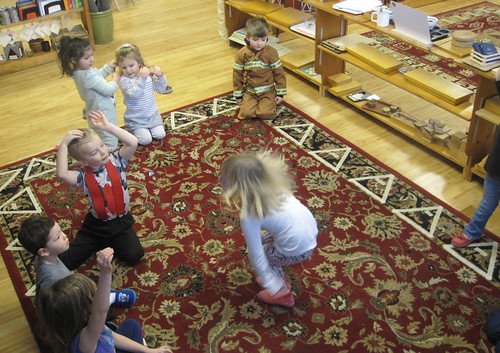 The Supermarket by, Gail Saunders-Smith

Where Does Our Food Come From? By, Bobbie Kalman

Today is Monday by, Eric Carle

Walter the Baker by, Eric Carle 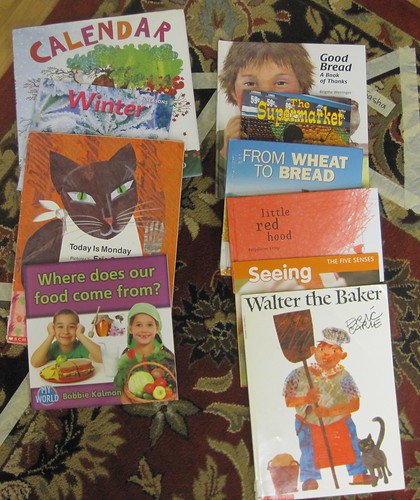 If You’re Happy and You Know It

Five Days of the Week

Twelve Months of the Year (another Lyn original)

May, June, July and August

There are twelve months of the year

Who Are the People In Your Neighborhood?