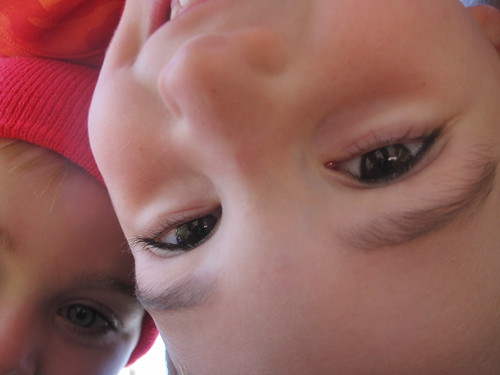 Construction continued this week, as a train track was placed from one sand box to the other.  Games of chase kept us moving, while some dolls from home joined us for adventures with unicorns, dragons and other mystical creatures.

During Monday art we continued to learn about the use of lines in art.  We rolled marbles dipped in paint back and forth and all around to create crossing lines all over our papers.  It was a lot of fun shaking and tipping the trays to roll and bounce the marbles around. 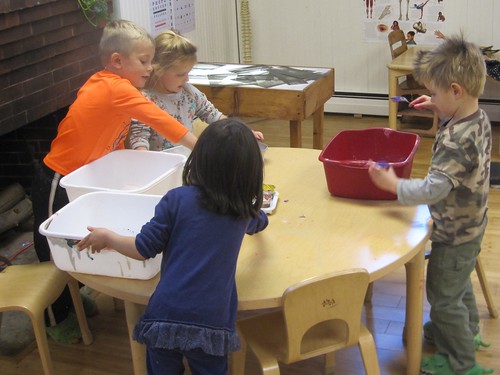 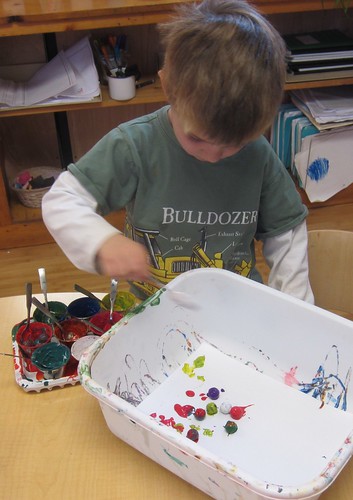 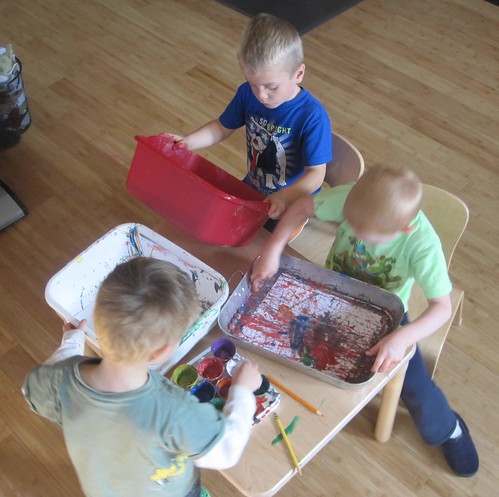 A Doctor’s office was set up where we used genuine medical instruments to examine patients, including stethoscopes, a thermometer, an otoscope, a tuning fork (to check hearing), eye charts, a scale, and a reflex hammer.  We studied x-rays of the human body, wrapped up broken bones, listened to lungs and heart beats, examined eyes, ears, and throats, gave shots, weighed our patients, and checked reflexes.  There were a lot of busy doctors making sure that everyone was healthy. 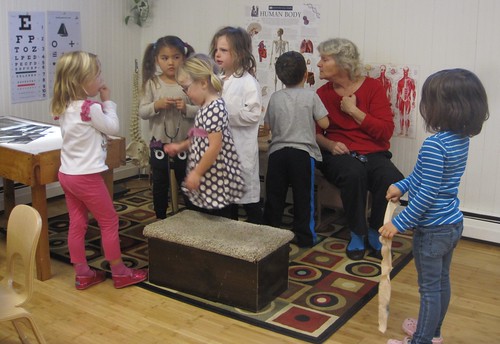 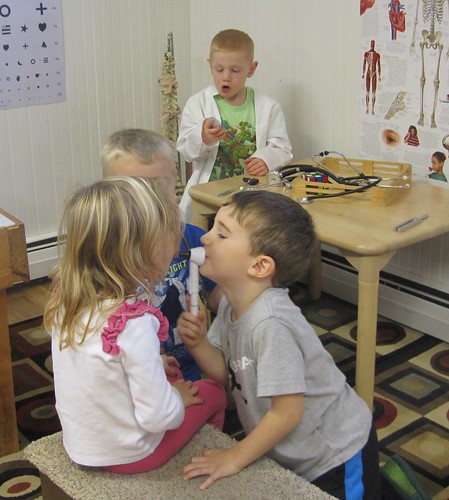 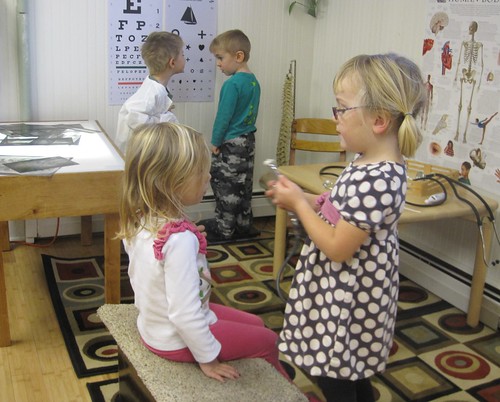 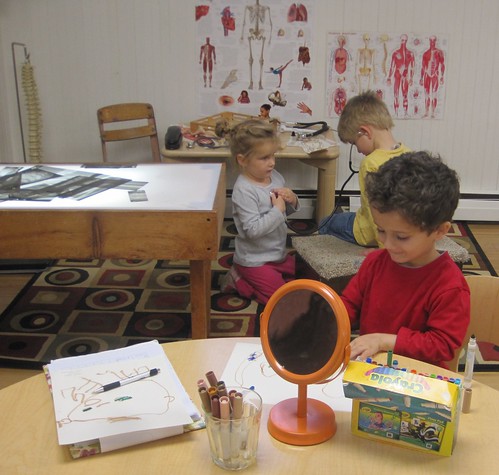 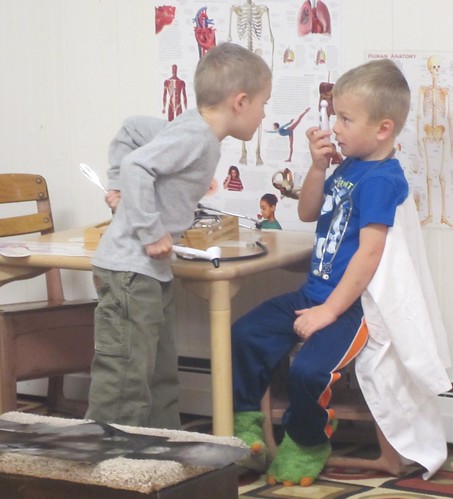 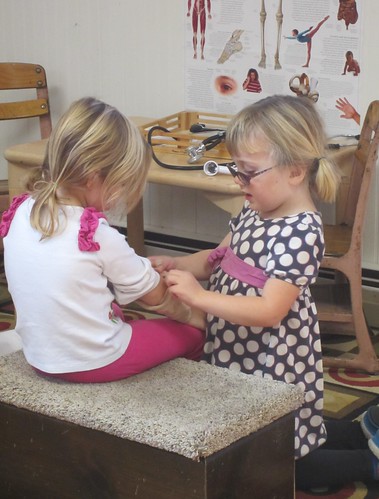 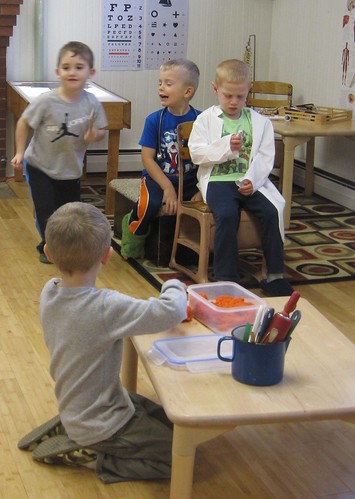 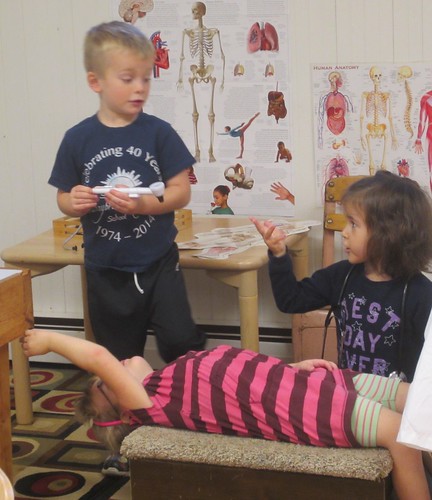 We began to talk about the human body and ways that we take care of them.  We felt the bones in our skeletons and the muscles surrounding them.  We used a giant reversible magnetic body to see the various parts, including muscles, blood vessels, bones, and organs. 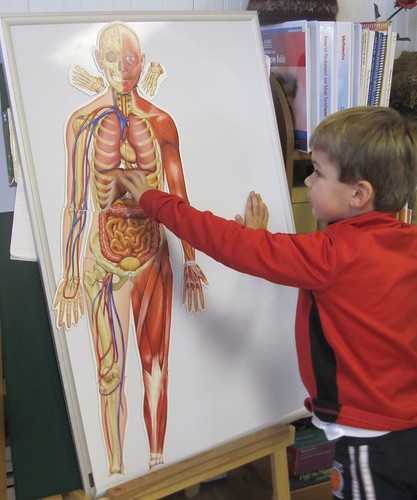 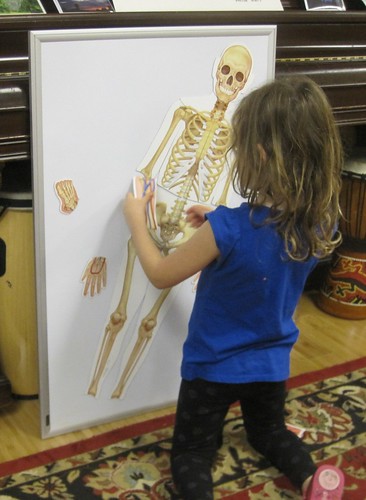 We read two more versions of Stone Soup (Nail Soup by Eric Maddern and Paul Hess and Stone Soup by Jon J. Muth) and began to talk about giving and the joy that comes from helping others. 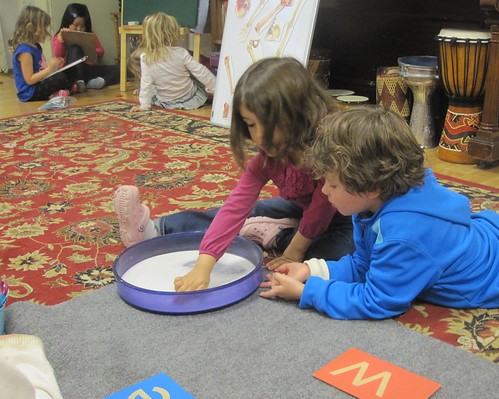 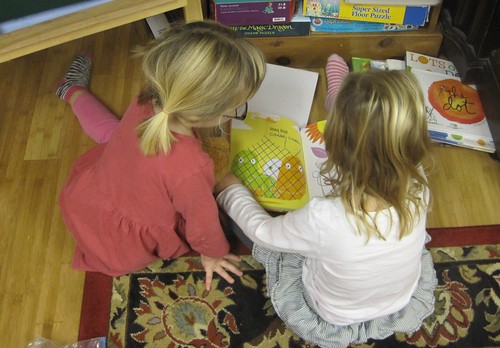 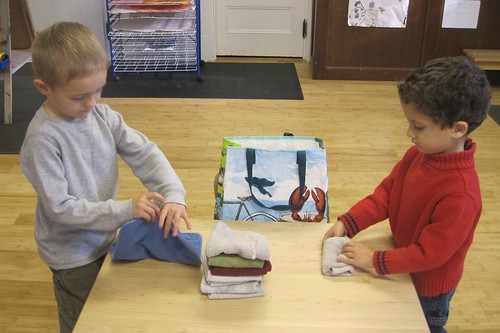 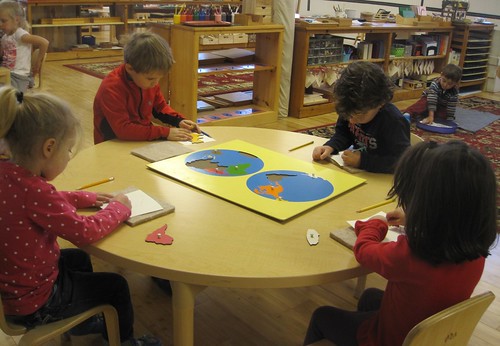 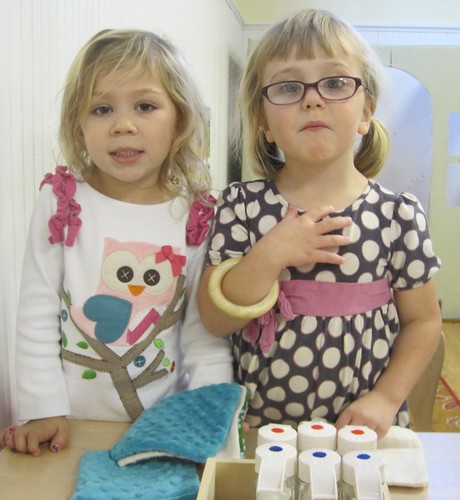 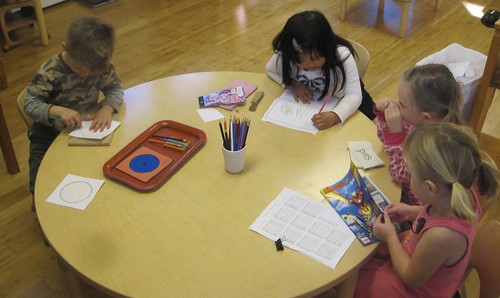 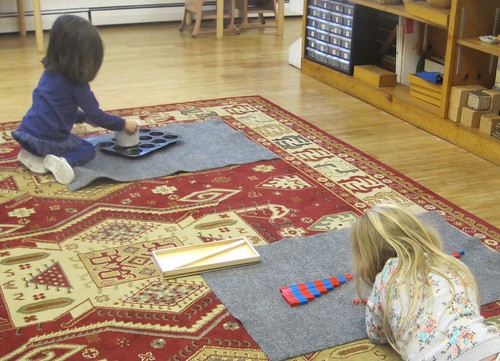 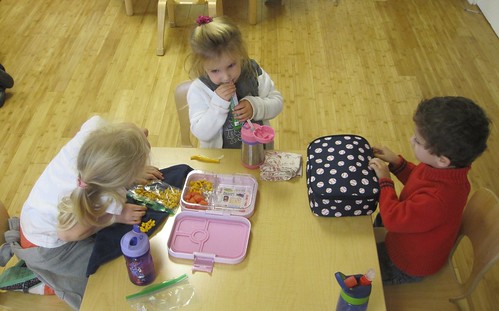 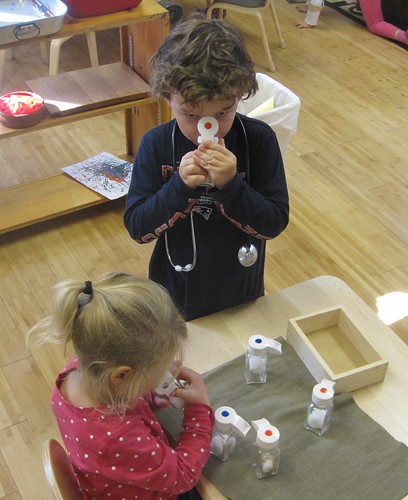 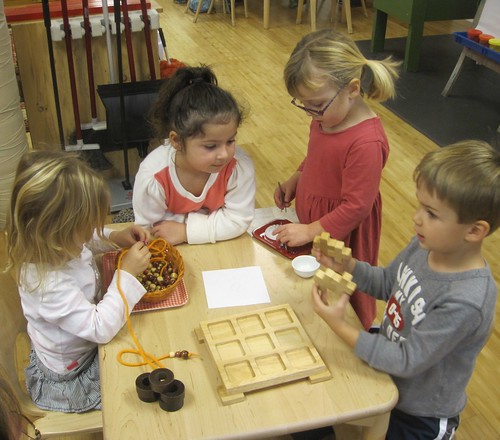 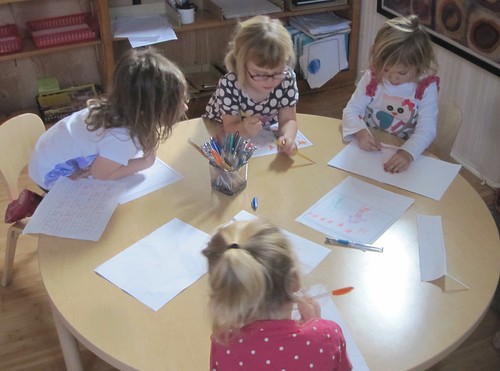 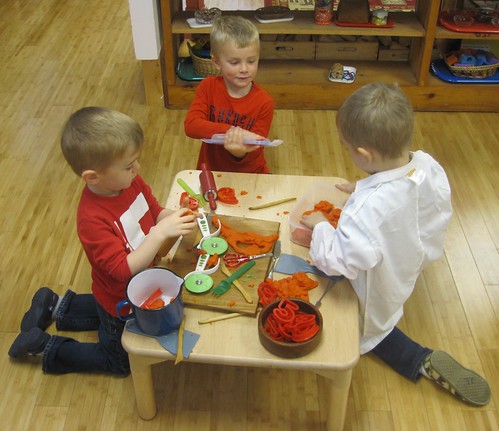 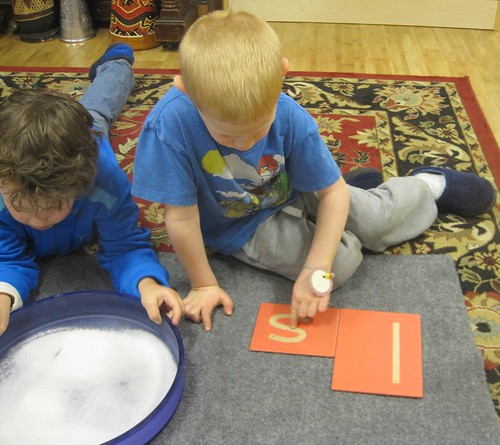 We were excited to celebrate a fourth birthday with pink frosted confetti cupcakes.  As the birthday girl walked the globe around the sun, we counted each year since her birth. 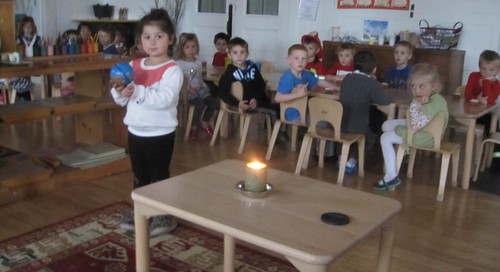 Friday students enjoyed a fun day with Tammy while Lyn met with parents to talk about all of the great things that everyone has been doing since school began.  For anyone interested, here is a link to an article discussing the most recent research on the long term effects of developing early social skills, which I may have mentioned yesterday.