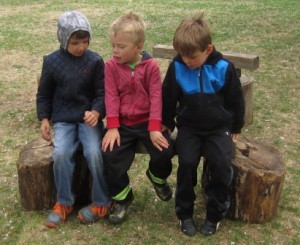 Despite the chilly air the children were thrilled to be outside moving. The energy was flowing. They played tag, Frisbee, baseball, and did lots, and lots, and lots of running!

typing up her presentation

Monday students had a very busy day. The kindergarteners began typing up their animal presentations, finished up their continent pictures, and everyone began making their mammal dioramas. They also did some art. Who knew a salad spinner and coffee filters were so much fun! They were very prolific artists and were capable demonstrators of the process for the students on Tuesday. 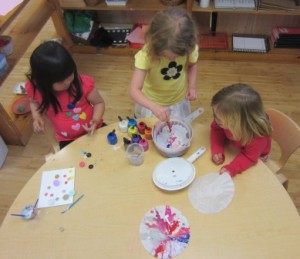 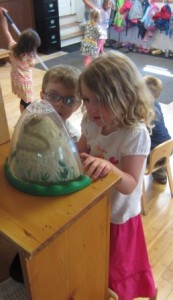 checking out the ants

Everyone was very excited to set up the ant farm and watch the ants throughout the week. They helped Tammy pour in the sand and wet it. After putting the ants in the refrigerator for ten minutes they were ready to be transferred into the farm. Every day the children observed the progress of the tunnels and watched carefully as the ants worked to pick up the sand in their jaws and move it out. We even saw them remove the dead ants and cover them with sand. By Friday they had made many tunnels in their new home!

We read about ants and learned some very interesting facts in the book Are You an Ant?. Did you know that they squirt acid out of their behinds and that birds collect them and place them under their wings to kill the mites? We found out that this is a common practice called anting. Great for the birds, but not so great for the ants! 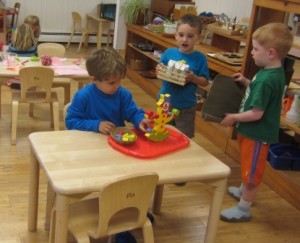 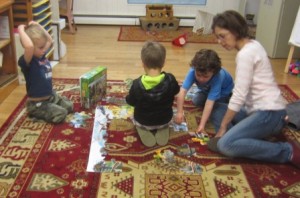 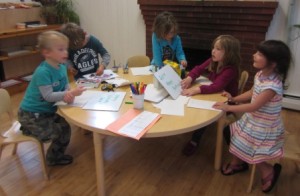 On Thursday we were treated to a delicious birthday cake to celebrate Ms. Jaime’s birthday and everyone made her birthday cards. So yummy! Thank you Jaime! 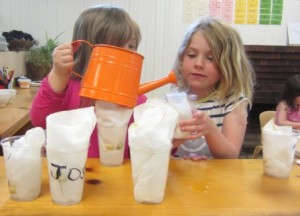 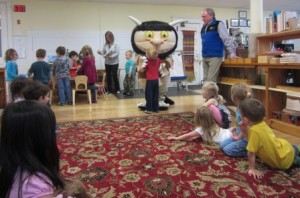 hugs for the Wild Thing

We also had a visit from Believe in Books and one of the Wild Things from Maurice Sendak’s Where the Wild Things Are. Most of the children were excited to give hugs, but some of them kept their distance from the terrible yellow eyes, terrible teeth, and terrible claws. 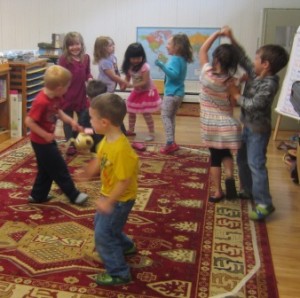 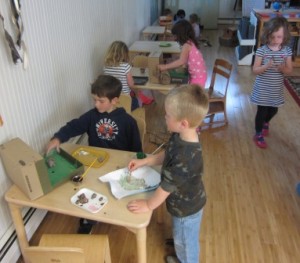 Friday students were very busy again. They finished typing up their presentations, continued to work on their dioramas, did some math and reading, got some energy out on the playground, and made some paper airplanes. They also had some entertaining conversations. Here are snippets from a couple of them:
LS “Did you know that Miss Lyn is actually a disguise? She is really an alien. She has green scaly skin and antennae.”

later . . .
JF to LS “When you grow up I think you will be an artist because you are a really good artist.”
LS “No, I am going to be a rescuer. I will rescue animals and humans and everybody that needs to be rescued. Everybody and everything! And I will wear superhero clothes and a mask.”
MR “Me too!”
LS “Then we all put our hands together and say, “We’re a team!”” All the children put their hands together and shouted, “We’re a team!”