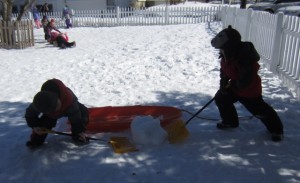 digging out the snowball

What a beautiful, warm week it was!  We had so much fun pulling friends in sleds, playing chase, making snowballs, and running around.  Everyone was peeling off the layers trying to cool off. 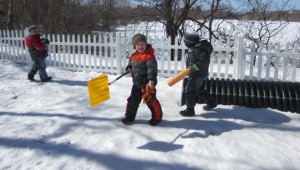 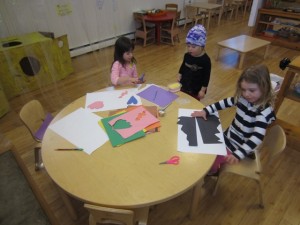 For Monday art we learned about the artist Henry Matisse.  We read the stories, Henri Matisse: Drawing with Scissors and The Iridescence of Birds.  The children then made their own Matisse style pictures by cutting and pasting colored paper.

A Handful of Quiet

Five day students have been reading the book A Handful of Quiet by Thich Nhat Hanh: Happiness in Four Pebbles.  So far they have read about 3 of 4 qualities of being happy, selecting pebbles to represent each quality, and drawing pictures that correspond.  They have focused on being present like a flower, solid like a mountain, and calm like a reflecting lake.  They have practiced being present and mindful while sitting quietly and attending to their breathing while holding pebbles that represent each of the qualities. 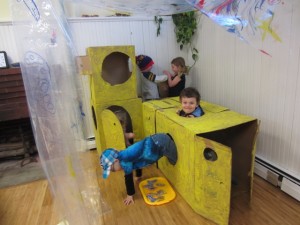 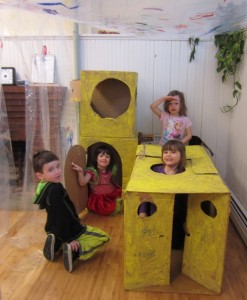 The submarine was busy again making lots of trips to the ocean floor.  The children have very much enjoyed adventuring with their friends. 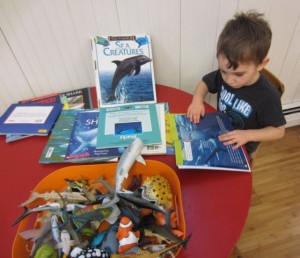 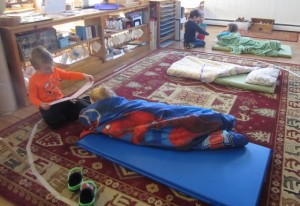 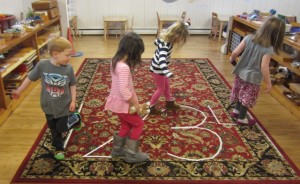 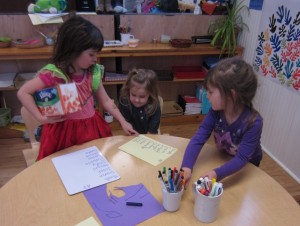 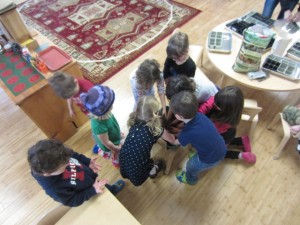 mixing up the soil

Grammy Riff donated soil, pots, seeds from her garden, and greenhouse containers so we could plant some cleomes and zinnias.   It was a lot of fun getting covered in soil while mixing it with water and filling up the pots, then poking in the seeds, covering them, and watering them.  We are anxious to see them sprout. 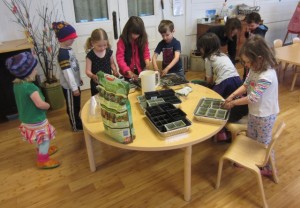 We began to learn about the solar system and the planets.  Some of the Friday students demonstrated how the sun spins and the planets orbit the sun while spinning.  They demonstrated how we have night and day when the portion of the earth we live on is either facing away or toward the sun. We read Planets and portions of Kids First Big Book of Space to learn more about each planet, their names, their order in the solar system, and their make-up.  We learned that the first four planets are made of rock and metal, and the last four giant planets are made of gas. 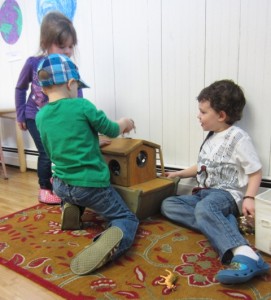 animals on a boat

We read the story Mr. Gumpy’s Outing about some children and animals who join Mr. Gumpy on his boat for a ride on the river.  All is peaceful until the animals and children start to chase, squabble, muck about, etc., and the boat tips over.  We traded the farm out for a boat for the animals to sail around on, and the children had fun loading them up. 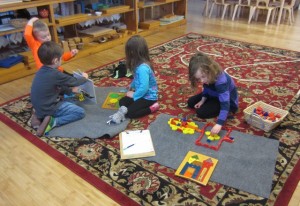 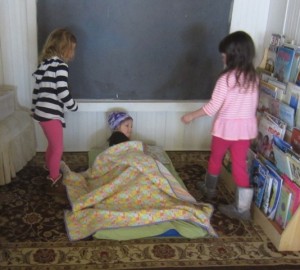 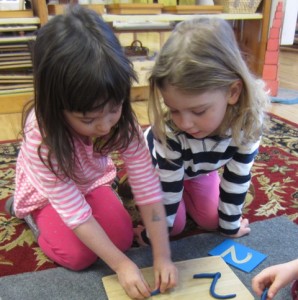 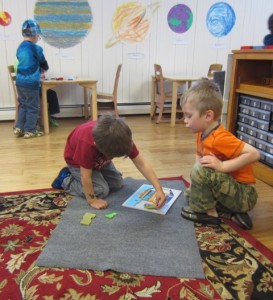 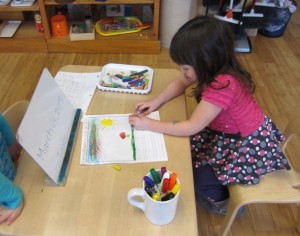 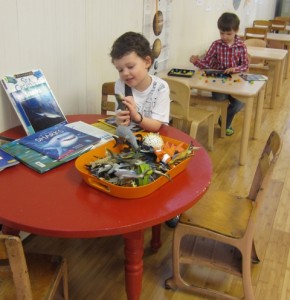 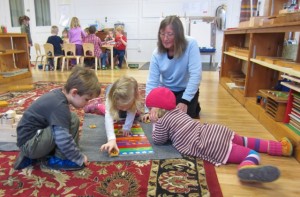 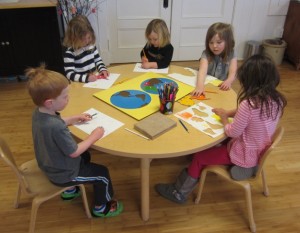 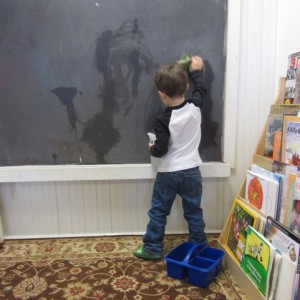 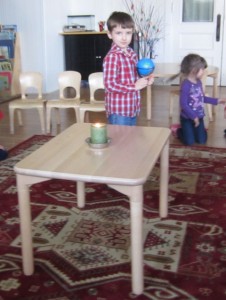 On Thursday we celebrated a fifth birthday.  We counted as the birthday boy held the earth and orbited the sun five times, once for each year that he has been alive.  We then sang happy birthday and enjoyed some delicious yellow cupcakes with chocolate frosting.  Happy birthday, birthday boy! 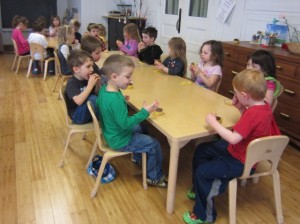