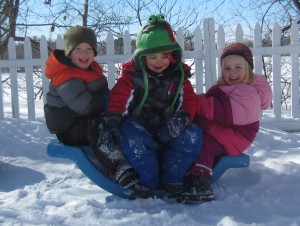 Once again we spent some recess time inside, and some out.  It was so exciting to finally get to sled on the giant snow hill when the dumpster was removed! 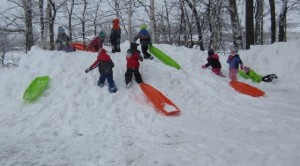 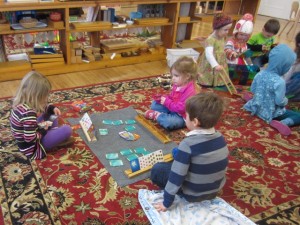 We wrapped up our study of reptiles this week by learning about alligators & crocodiles, and lizards. We learned to tell the difference between alligators, which are typically darker, have u shaped jaws, and have teeth that are not as visible when the mouth is closed, and crocodiles, who are greenish or light brown, have V shaped jaws, and have a notch in the upper snout for a lower tooth to fit in when the jaw is closed.  We read that there are thousands of lizard species.  The smallest is only ½ inch long, while the largest, the Komodo Dragon, can get up to 10 feet long. 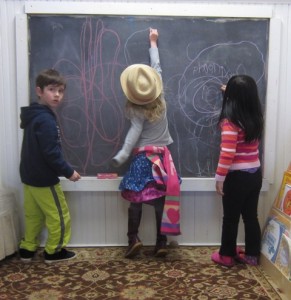 writing on the chalkboard 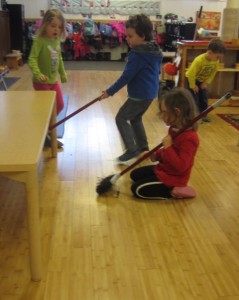 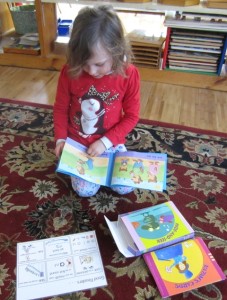 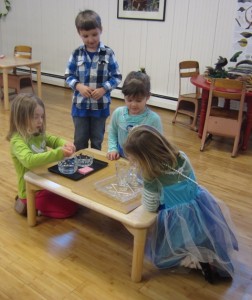 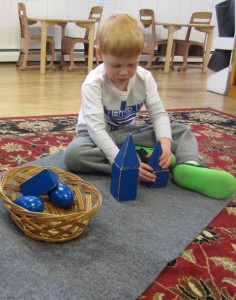 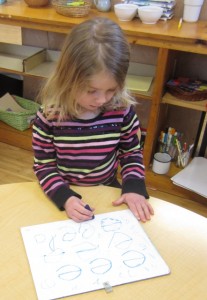 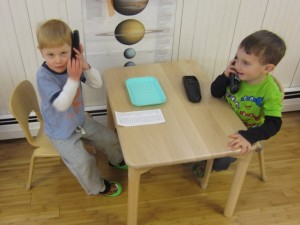 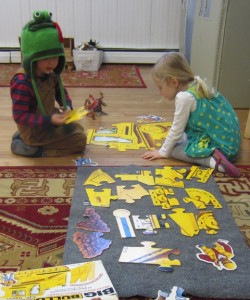 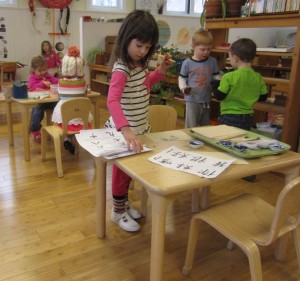 In celebration of Chinese New Year, also known as the Lunar New Year, the children practiced writing some Chinese characters.  We read several stories about how families all around the world celebrate by cleaning, hanging colorful scrolls with poems, giving gifts of money, enjoying feasts, setting off firecrackers, and watching a parade with the lion, who scares away the old year, and the dragon who welcomes in the new.  We read a story of how the animals for the Chinese calendar were chosen, and colored pictures of the animals racing across the river.  We also colored and cut out dragon puppets.  All together we sat down and made some fried rice, then did some dancing while we waited for it to cook and cool, then enjoyed eating it all up! 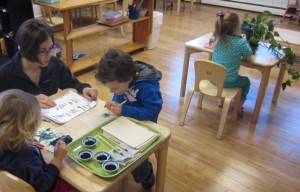 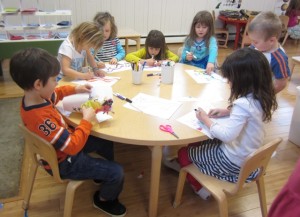 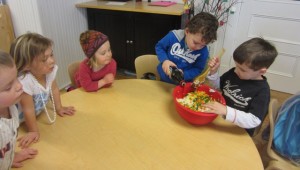 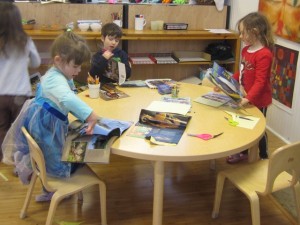 At the art table the children were very busy cutting out pictures from magazines and making collages.

For Friday science we read the book Gravity, by Jason Chin.  We learned that everything has gravity, and the more massive it is, the more gravity it has.  The sun has gravity that pulls on the planets, which also have gravity.  The earth and moon both have gravity which pull on each other, but because the earth is larger, it has more gravity.  We also learned about the moon.  We watched a video of the first time Neil Armstrong walked on the moon.  We learned that the moons gravity pulls on the water on earth, which causes the tides.  We also discussed why the footprints made by the first astronauts on the moon are still there.  The children said that footprints that were made in dust on the Earth would be blown away by wind, washed away by water, or destroyed by other footprints.  As the moon has no wind, water, or life, the footprints from 45 years ago are still there!