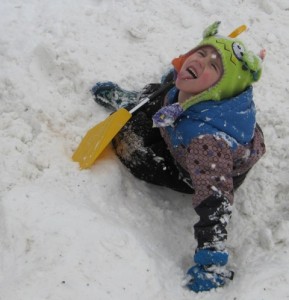 We had so much fun in the snow this week!  Everyone was plowing, pulling, riding, and shoveling.  On Monday and Friday the children climbed up and jumped off the big snow pile.  They are anxious for the dumpster to be removed so they can sled down again. 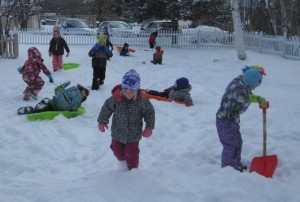 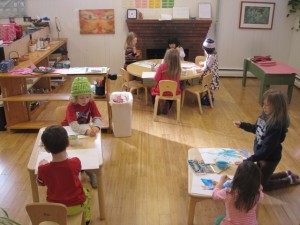 Monday students learned about the artist Paul Klee (pronounced Klay).  We read the book Paul Klee and looked at his paintings, specifically “Cat and Bird,” then created art in the impressionist style with lines and color.

At the art table students made centerpieces and invitations for the Valentine’s Day Family Breakfast, as well as many other projects, including chains, books, cut and paste art, paintings, leprechaun houses, etc. 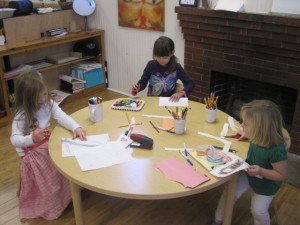 We wrapped up our bird unit by reading Birds True or False.  We learned what true and false mean and had fun answering all the questions asked in the book.  It was impressive how much the children know about birds! 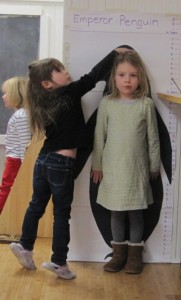 How tall compared to an Emperor Penguin? 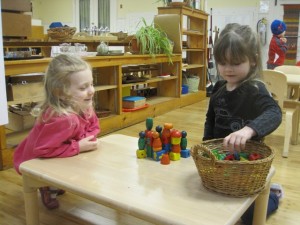 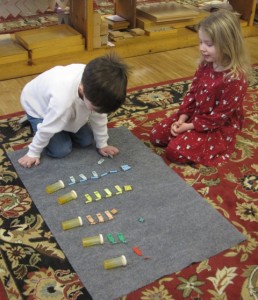 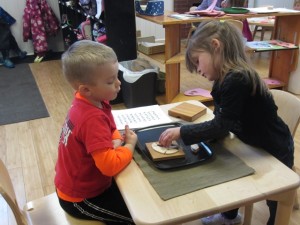 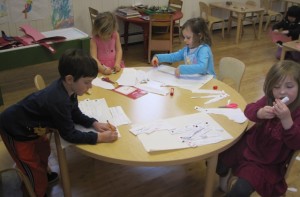 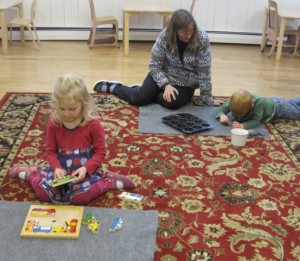 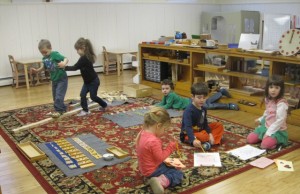 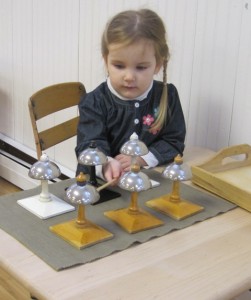 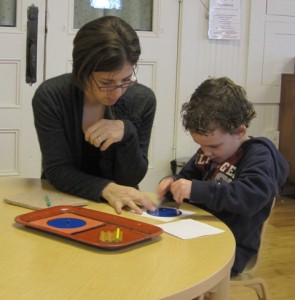 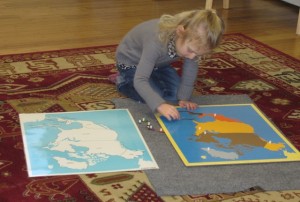 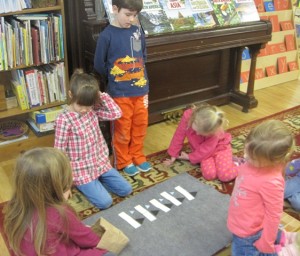 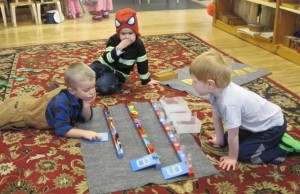 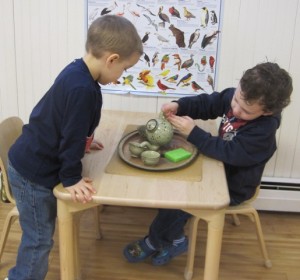 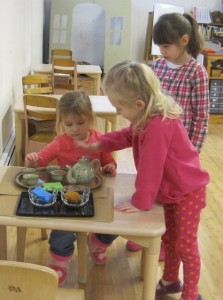 how to keep the cover on the tea pot 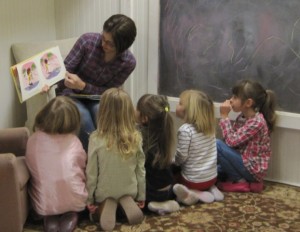 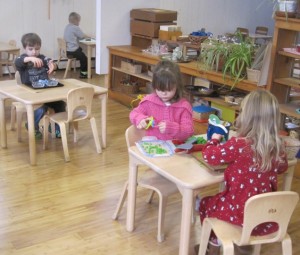 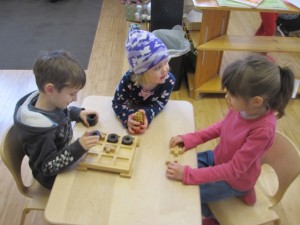 which letters are in your name? 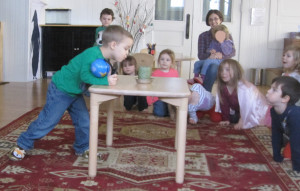 We celebrated a 5th birthday  on Tuesday!  We helped the birthday boy count how many times the Earth has orbited the sun since his birth, then we all really enjoyed eating ninja turtle apples! 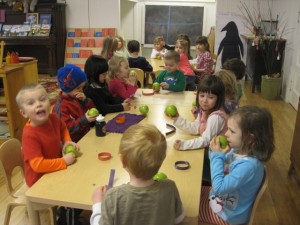 Everyone was very excited for Winnie the Pooh to visit with Believe in Books on Thursday!  We listened to a story about Pooh and his honey pots, then everyone got to greet him with a hug, wave, high five, or fist bump.  Each child then chose a book to take home. 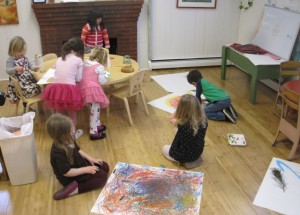 For Friday science we began to learn about the solar system and the planets in our solar system.  We learned that the sun is a star, which is a big ball of burning gas and dust, and that a solar system is the system of objects that orbit a star.  We were introduced to the names of the 8 planets in our solar system and their order from the sun.  We looked at pictures of the different planets and learned that the first four planets (Mercury, Venus, Earth, and Mars) are terrestrial, composed of rock, and the last four (Jupiter, Saturn, Uranus, and Neptune) are mostly gas and dust with some rock in the center.  It was a lot of fun to draw, color, and cut out models of the planets.  Some of us did one or two, and some of us did all 8! 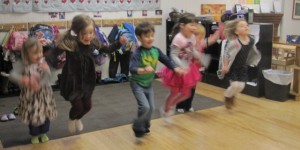