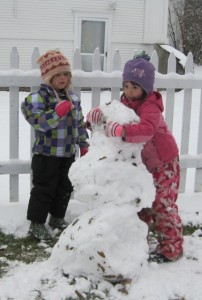 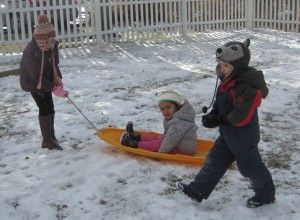 The art table was very busy this week!  For Monday art we did some shadow tracing then moved on to beading friendship bracelets.  On Tuesday we introduced weaving, which turned into making paper chains with the weaving strips.  Many children colored, cut out, and taped up ingredients for the giant pot of stone soup hanging on the wall. The children also continued to work on finishing up some past art work, making more bracelets, creating a variety of items using paper, scissors, glue, and tape, and doing lots of writing and drawing. 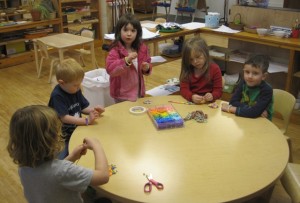 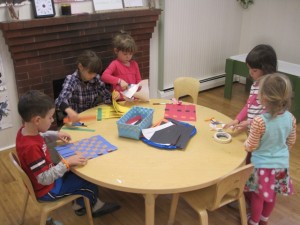 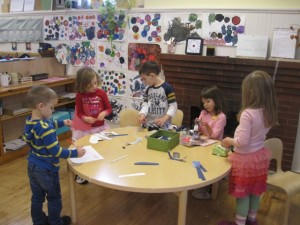 singing and writing the alphabet 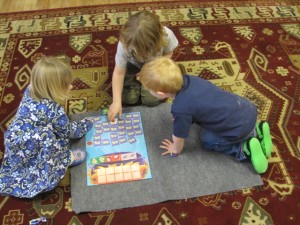 During circle we continued to read and discuss Stone Soup.  We also continued discussing Native Americans and introduced the concepts of past, present, and future.   We also introduced a daily mystery number question.  So far we have counted and recorded how many students are in our class, how many days until Stone Soup Day, and how many girls/boys are in our class.  The children reminded us not to forget the teachers when counting the girls! 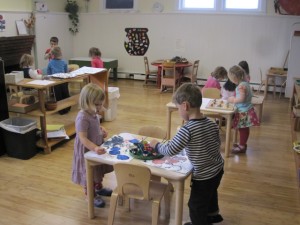 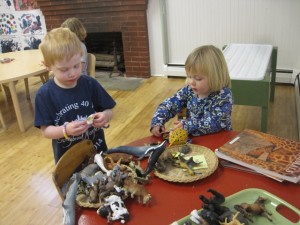 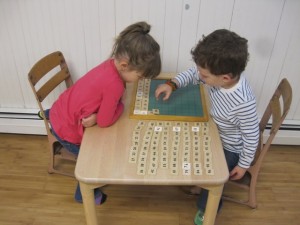 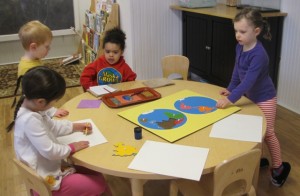 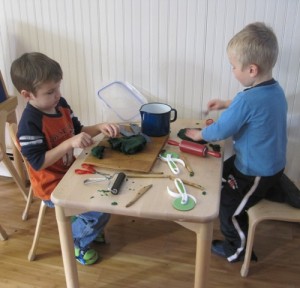 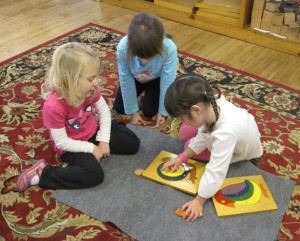 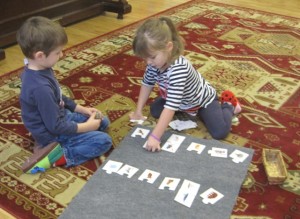 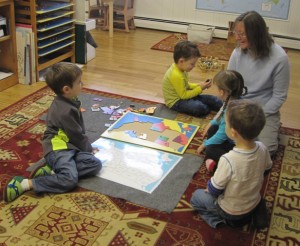 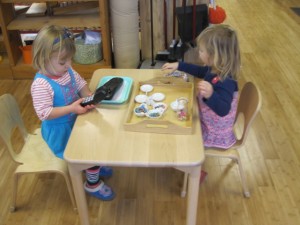 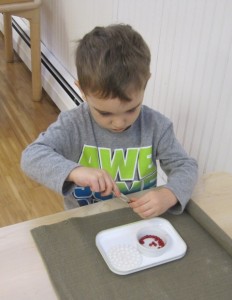 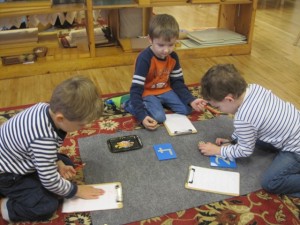 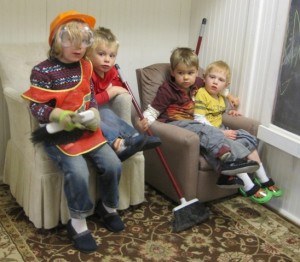 firemen with their hoses and ladders 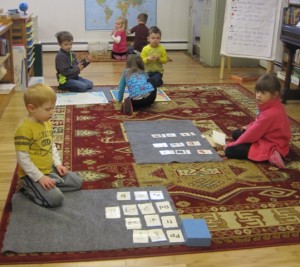 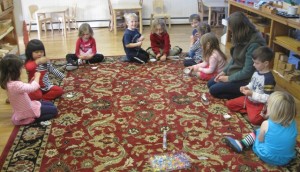 In the sensory table we made moon sand with sand, cornstarch, water, and red food coloring.  It was a very interesting and goopy experience!  The children had a lot of fun molding, piling, pushing, and dripping it. 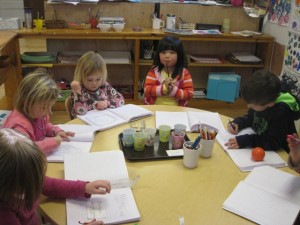 Friday students had a fun day with Tammy!  They enjoyed making special designs with chalk and paint.  For science they did a soluble and insoluble experiment, testing various solids such as salt, flour, coffee, etc. to see if they would dissolve in water.

We are looking forward to Stone Soup week and Thanksgiving break coming up!