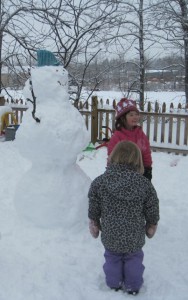 What another great week in the snow!  The first day of spring brought some wonderful snowball snow, and the children made several giant snowmen and a snow wall out of snow balls. 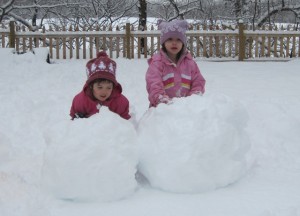 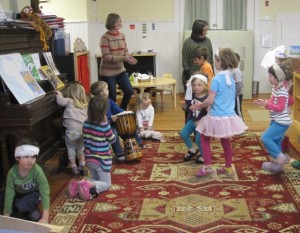 We had a great week of African music and dancing!  We watched a video of African children dancing, and tried to imitate them.  We did lots of dancing and clapping to African music and took turns drumming for everyone else to dance to.  We learned a rock passing game and song.  We worked together to keep the rhythm of tap, tap, tap, pass, pick up, then added the singing when we were all working in sync.  The children made African head scarves, which they wore all week. There was great rhythm in our classroom. 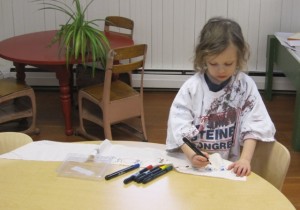 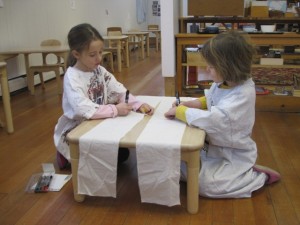 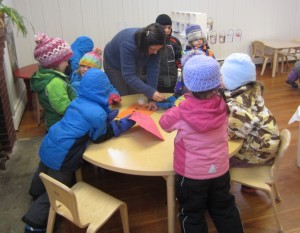 On Tuesday as we were heading outside, we discovered some leprechaun footprints running around our classroom.  The students followed them and discovered a little pot of Costa Rican coins that had gone missing from Zeanny’s purse!  Everyone got one to take one home. 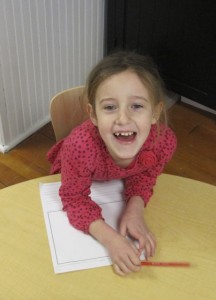 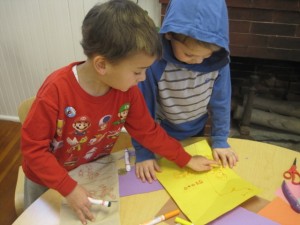 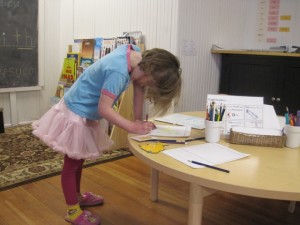 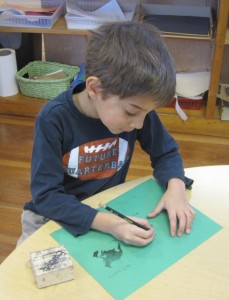 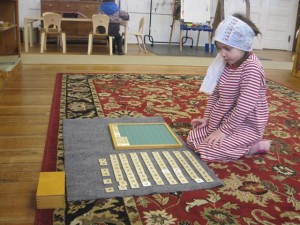 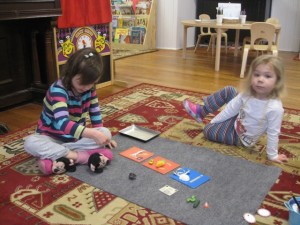 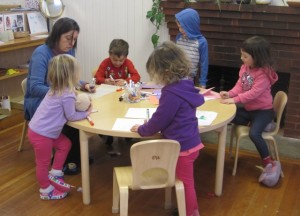 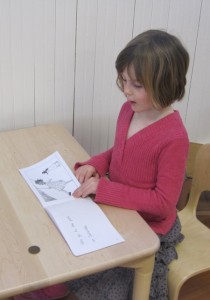 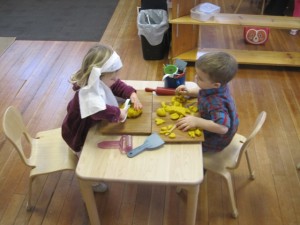 Building up those arm muscles and control for later writing! 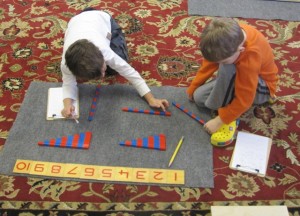 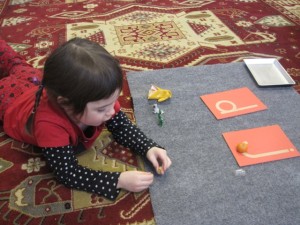 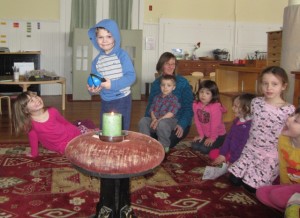 We celebrated our second birthday of the month on Wednesday.  Congratulations to our newly five year old friend!  We had fun singing Happy Birthday in English and Spanish, and enjoyed eating pirate cupcakes. 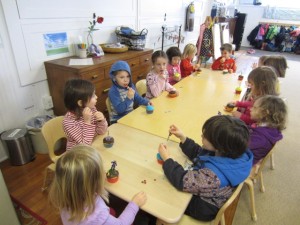 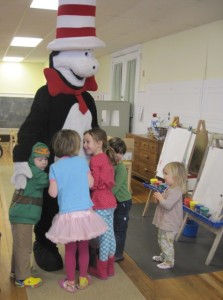 hugs for the cat

On Thursday we had a special visit from The Cat in the Hat in honor of Dr. Seuss’ 101st birthday!  We enjoyed listening to the story I Can Read With My Eyes Shut, then everyone had a chance to hug, high five, or wave to the Cat in the Hat.  Each child got to choose a book to take home. 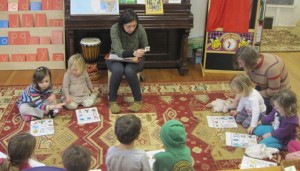 During Spanish we pretended to be African animals, moving to the beat of the drum.  Zeanny continued telling us a story about a conejo (rabbit) and a lobo (wolf), which she will finish next week.  We also played African Bingo.