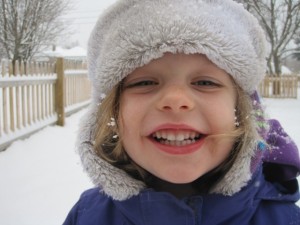 Oh what fun it was to play in all the fluffy white snow!  The children made sled trains, shoveled paths, and had a generally fabulous time in all the beautiful, cold, white snow. 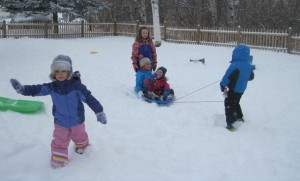 This week we continued discussing kindness and friendship.  We made a list of what makes a good friend.  Everyone had lots of ideas to share.  They included:

Invites me to play

Speaks nicely to me

Understands when I need to be alone 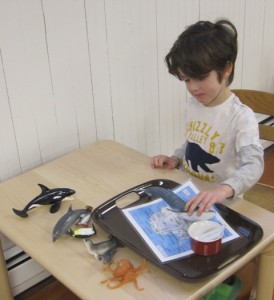 We began to study the continent of Antarctica this week.  We enjoyed looking at pictures of Antarctica and some of the animals that live in the surrounding waters.  We talked about the climate, the weather stations that countries around the world have built, and the animals.  We read The Emperor’s Egg and watched the trailer for The March of the Penguins documentary.   Tammy made a life size painting of an Emperor penguin and the children had fun standing in front of it to see how tall they each were in comparison.

As tall as an Emperor Penguin? 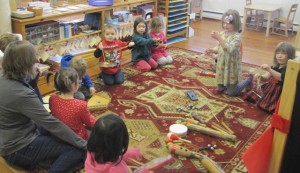 During music we took turns selecting different instruments to play.  We played them piano (softly) and forte (loudly). 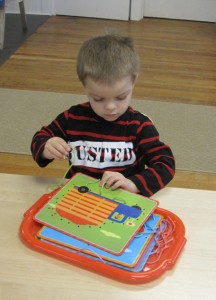 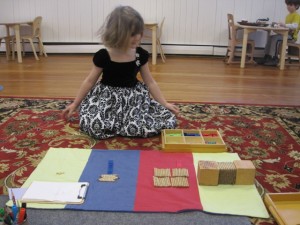 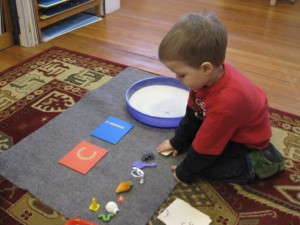 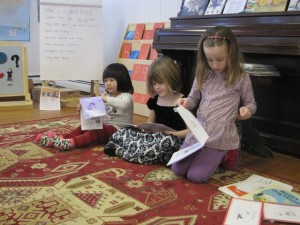 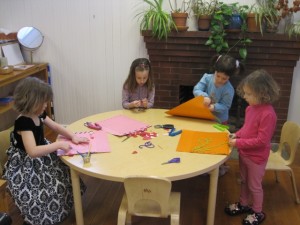 At the art table the children made their Valentine’s mail pockets by folding a large rectangle, punching holes in the sides, lacing them up, and decorating them.  We are excited for our party on Thursday! 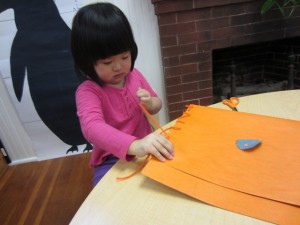 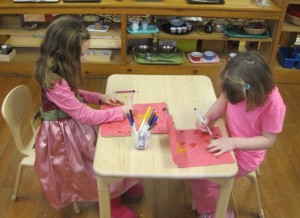 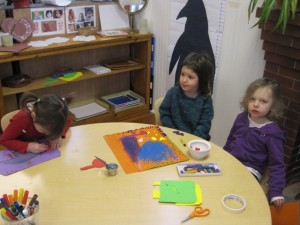 Zeanny will be back this week.  We are excited to hear all about her trip to Costa Rica and get working on our Spanish again. 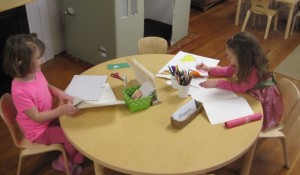 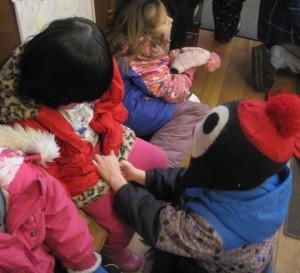 helping a friend zip up 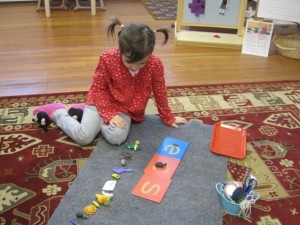 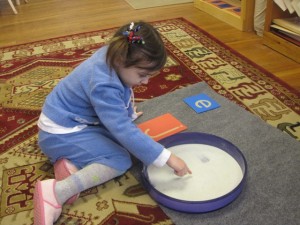 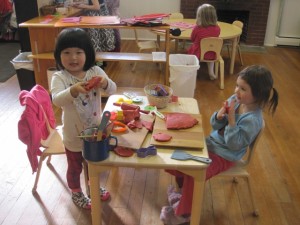 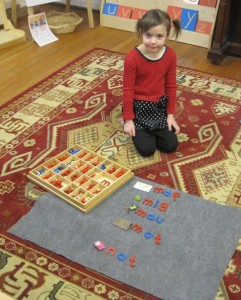 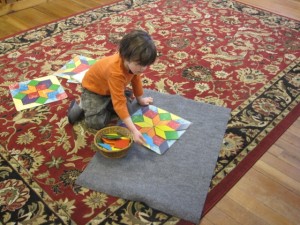 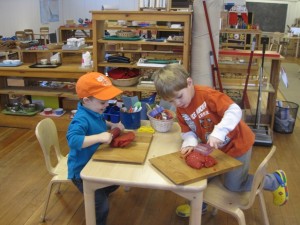 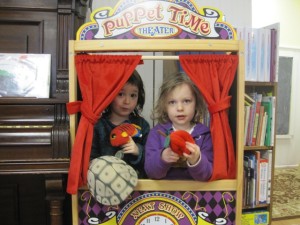 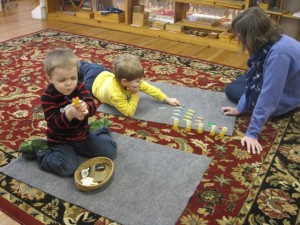 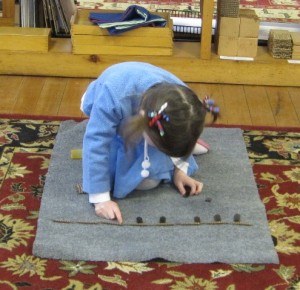 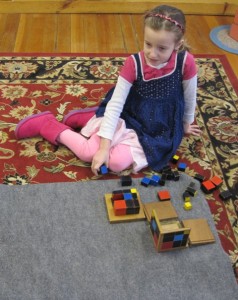 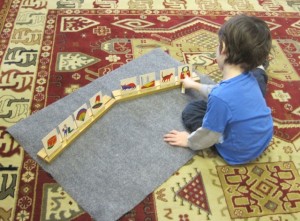 Friday students were busy in the morning doing lots of writing and reading work.

Gerry Scott shared a picture book about larger and smaller, and the children took turns identifying which objects were larger or smaller. 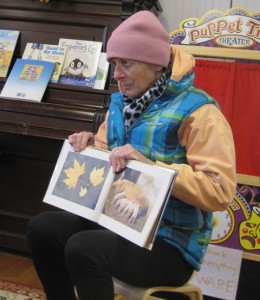 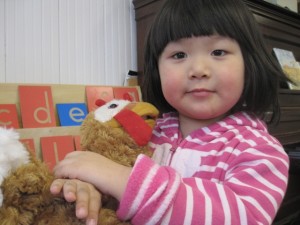 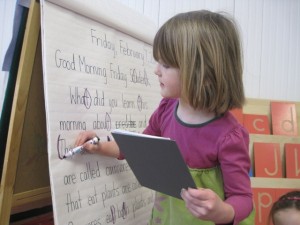 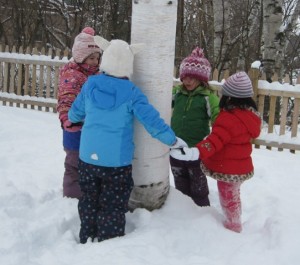 For science we learned about predators and prey, and how different animals stay safe and protect themselves against predators, such as porcupines with their quills, skunks with their scent, turtles with their shells, and some animals that use camouflage.  We then did a camouflage experiment.  The children pretended to be birds and used their fingers as beaks to grab M&M “bugs” out of a plate of skittles.  The M&M’s were different colors, and the skittles were all one color.  We discovered that the “birds” grabbed the “bugs” that were not the same color as the skittle habitat, so the M&M bugs that were the same color as the skittles were safer than those that did not blend in. 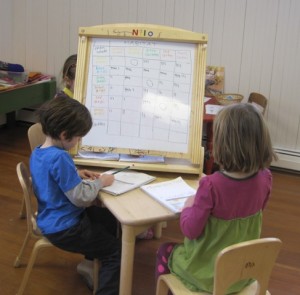