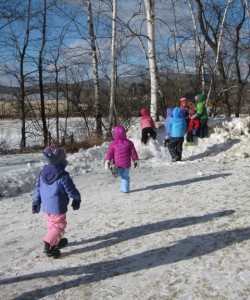 It is wonderful to be back at school after winter break!  The cold weather kept us inside most of the week, but we were finally able to get out on Thursday to play a game of red light green light.  Hopefully the rain will melt away the ice that is covering our playground so that we can safely use it when the temperatures allow. 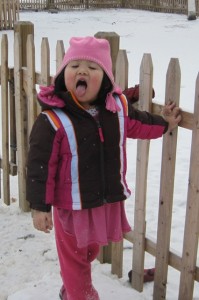 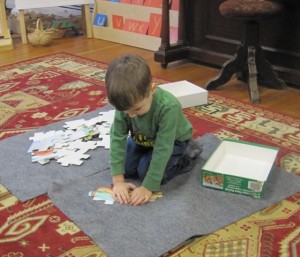 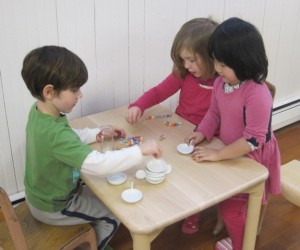 Asia is the area of study this month at Sunnybrook, with a particular focus on China and Japan.  We started our exploration by locating Asia on the world map, then China, India, and Japan on the Asia map.  We examined pictures of the land, people, food, animals, and customs and some items from Asia, such as a Kokeshi Doll from Japan, some Japanese coins, brass bells from India, and chopsticks.  We learned to say “arigato gozaimasu”, which is thank you very much in Japanese, and “Xièxiè”, which is thank you in Chinese. 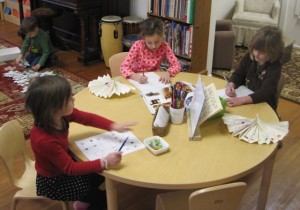 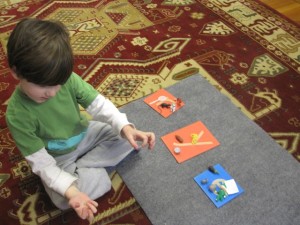 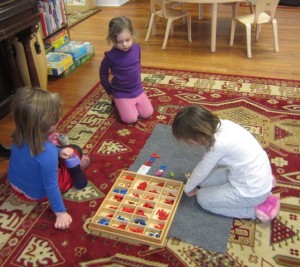 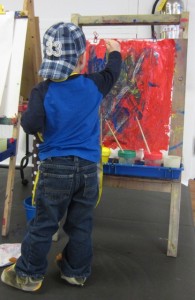 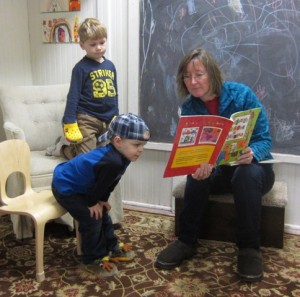 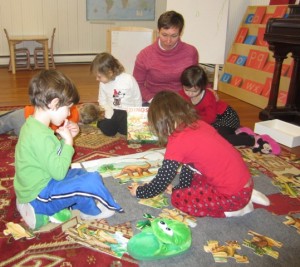 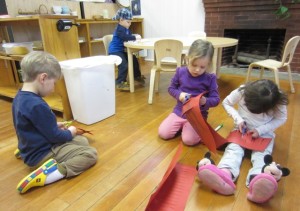 At the art table the children made beautiful red lanterns, which we hung from the ceiling, and decorative fans.  They also enjoyed coloring some pictures of China and Japan.

We listened and danced to a variety of Asian music.  We had fun moving energetically to some Indian music, and slowly and gracefully to Chinese flute music.  We also began to learn about woodwind instruments during music time.

We read many stories from and about Japan and China, including Grandfather’s Journey, Crow Boy, The Paper Crane, and The Crane Maiden. 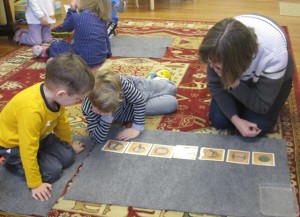 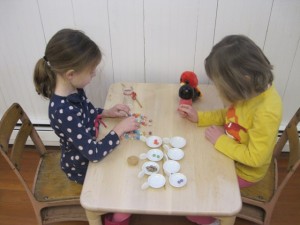 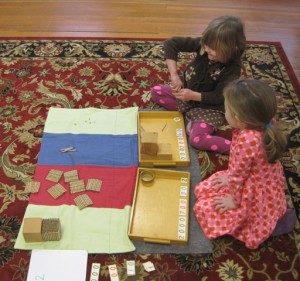 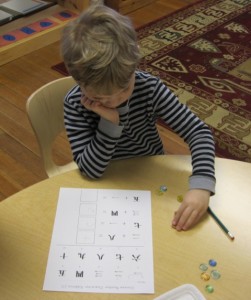 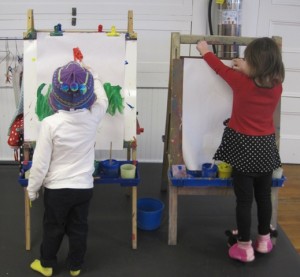 painting at the easel 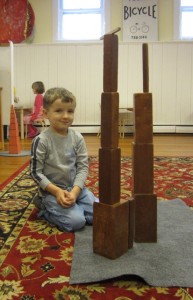 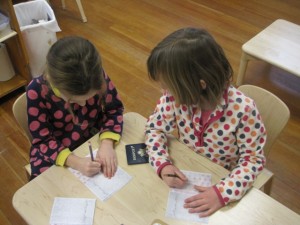 We will be missing Zeanny this month, as she is visiting family in Costa Rica.  We look forward to her return in February. 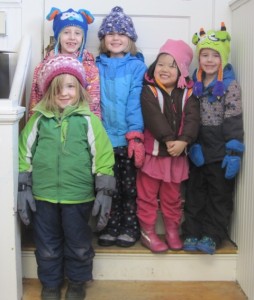 Friday kids ready to head outside 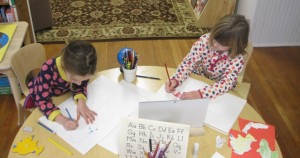 On Friday the kindergarten students spent much of the day working on Continent Books, which they asked to make and had started earlier in the week.  During circle the students enjoyed one of their favorite circle time activities; finding and circling letter sounds in the message.  For science, they made a hot water volcano by placing a small jar of hot water in a larger pitcher of cold water, which caused the hot water to spurt up and settle on top of the cold water. 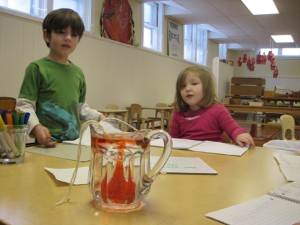 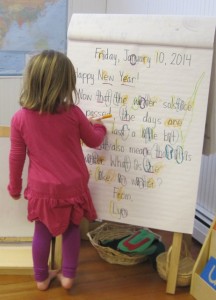