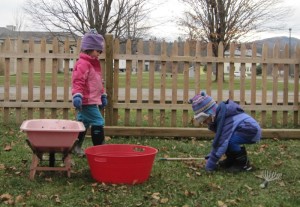 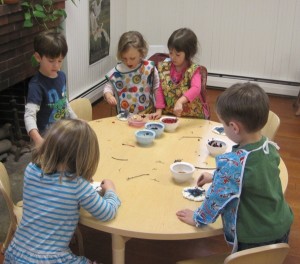 This week we continued to learn about Native Americans.  We have been learning a Native American Medicine Wheel Chant, so we took out the big drum and took turns beating out the rhythm.  We looked at photographs of pictographs and discussed how stories were passed down orally and were also recorded on cave walls and animal skins with drawings, as there are no Native American alphabet systems.  We discussed what they may have used to make their drawings, such as berries, animal blood, and dirt, as there were no paints available.  On Thursday the students used mashed blue and wild berries and tinted water made by boiling onionskins to paint on their clay tablets. 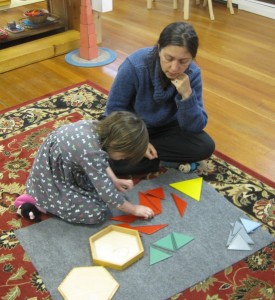 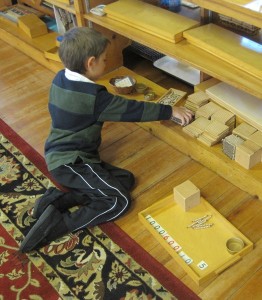 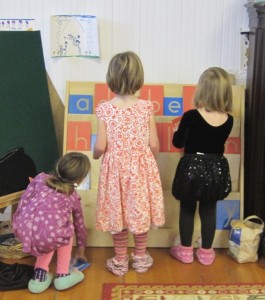 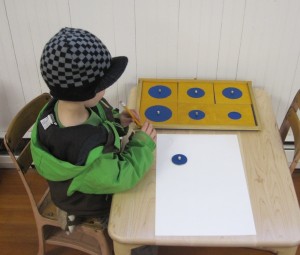 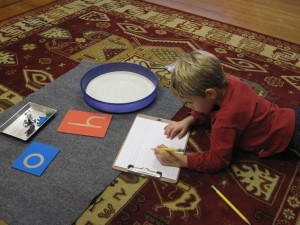 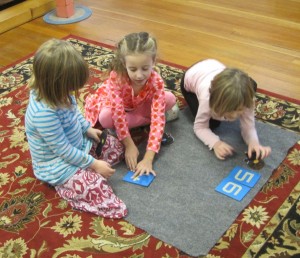 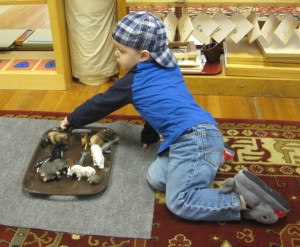 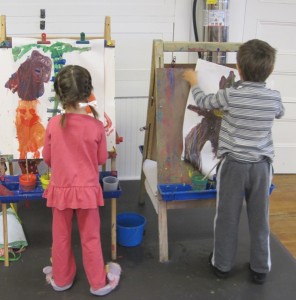 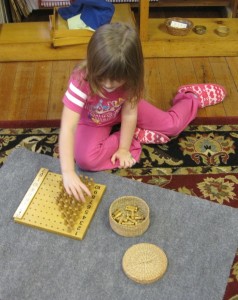 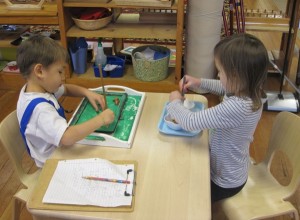 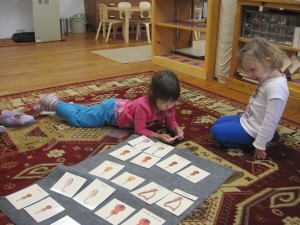 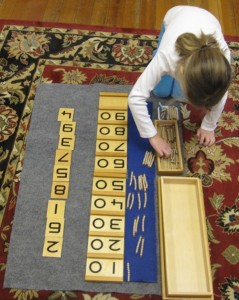 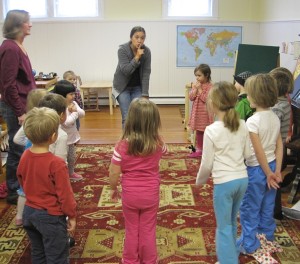 During Spanish Zeanny continued to teach the names of many foods that could be used in stone soup.  She introduced us to the Cuban singer and dancer, Celia Cruz, and her music and we began learning how to salsa dance.  We are excited to show everyone during our Winter Performance! 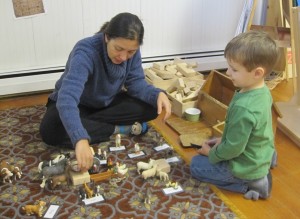 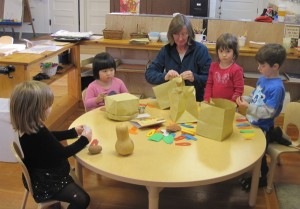 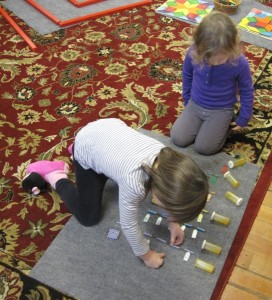 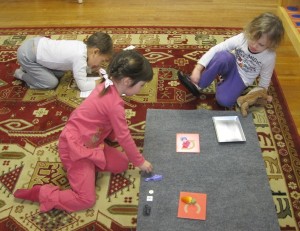 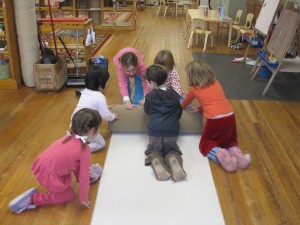 rolling out the new runner 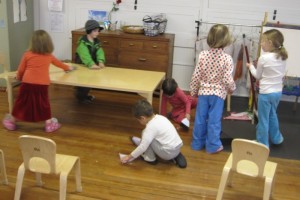 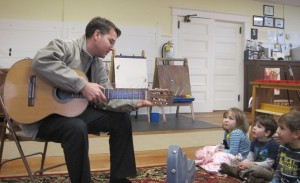 On Thursday, John McCormick visited with his guitar.  He taught us the difference between playing a single note and a chord.  We counted all of the frets on the neck, and the six strings, three of which play high notes, and three that play low notes. Everyone was excited to have a turn strumming the strings. We sang several songs together, and are looking forward to another visit when we will get to sing Feliz Navidad, a popular request. 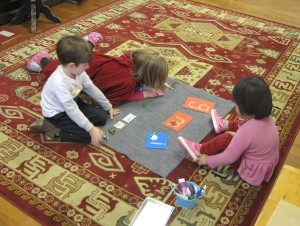 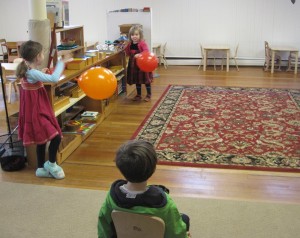 Friday students had fun making balloon rockets and blasting them across the room taped to straws on a string. 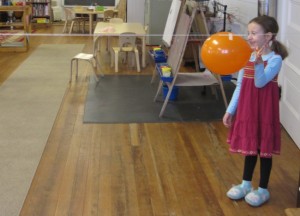 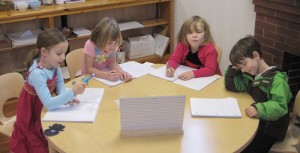 recording the experiment in the science notebooks 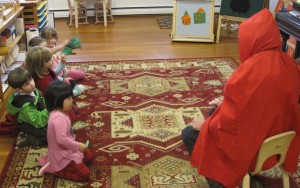 Little Red Riding Hood Gerrie came to visit.  She brought hand cut outs which the students turned into turkeys then used to act out a poem about a turkey who goes wobble, wobble and says gobble, gobble, gobble.