During our last week of October we began to talk about North America and the people that lived here before the arrival of Christopher Columbus, the Native Americans.  We learned from Zeanny that you could distinguish members from different tribes by how they wore the feathers in their hair.  We will continue to study North America and Native Americans throughout November. 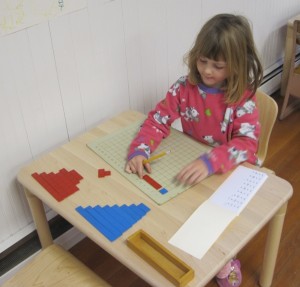 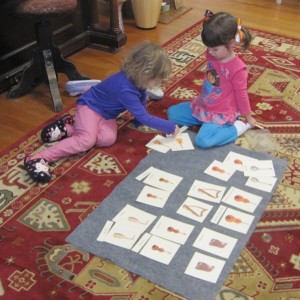 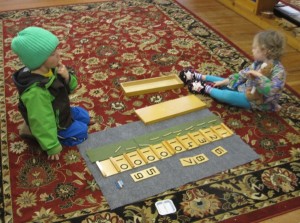 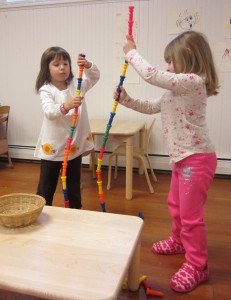 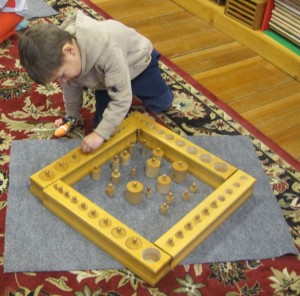 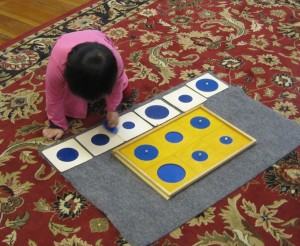 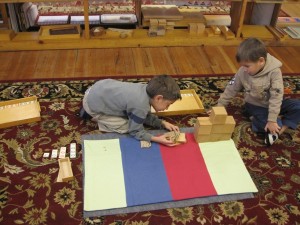 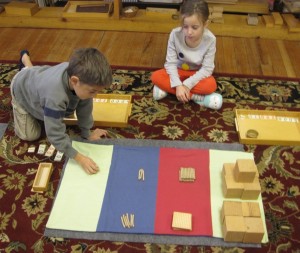 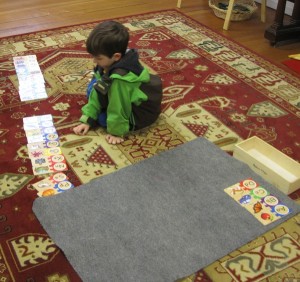 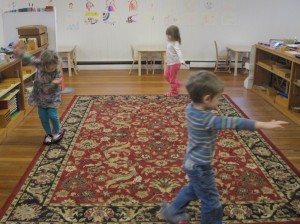 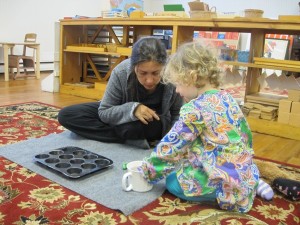 At the art table we began to make a Thank You card to Sue for coming in to play her viola and violin.  We will finish it next week.  The kindergarten students completed their fall lap books. 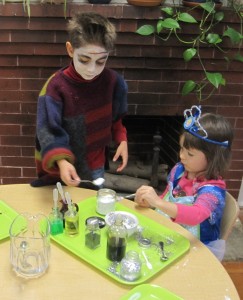 As this was Halloween week, we enjoyed singing and reading Halloween songs and stories.  We were excited for our costume party on Thursday!  We mixed up potions, made slime, colored crowns and pirate hats, cut out shadow puppets, and made Halloween art.  During circle me heard the story of Zeanny and the chocolate tree in her Abuela’s back yard, and mixed up some yummy hot chocolate to have with our Halloween treats.  It was such a fun day! 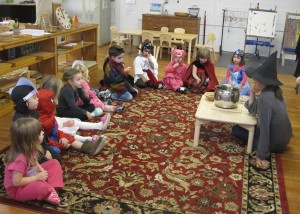 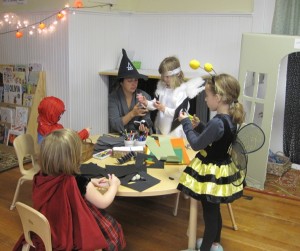 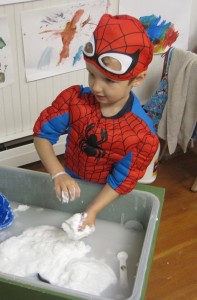 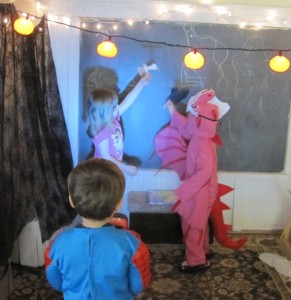 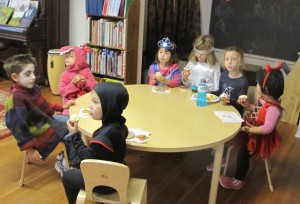 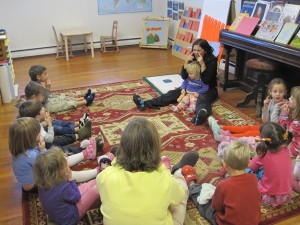 During Spanish we continued to learn about the parts of the body.  We made a wacky monster with body parts all mixed up.  It was pretty hilarious to see his legs and feet coming out of the top of his head! 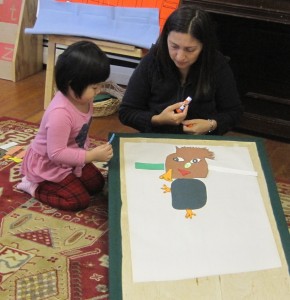 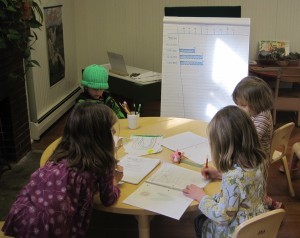 Friday students learned a song about precipitation and condensation and monitored and graphed the rainfall during the day.  They set containers out in the morning, then measured the amount of rain each hour and recorded it in their science notebooks.

We did some drumming, and began to learn the rhythm of the “Medicine Wheel Chant,” a Native American drumming song, which we are planning to perform at the Winter Celebration in December.

This coming month we will be learning about oral storytelling traditions, making cave paintings, and enjoying our annual stone soup cooperative meal. 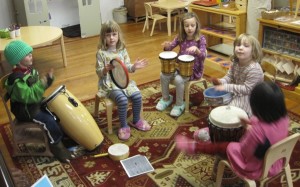