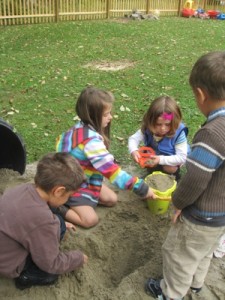 Yay for the new sandbox!  Everyone had a great time digging, building, crawling, and climbing in our new super deluxe double sandbox with connecting tunnel! 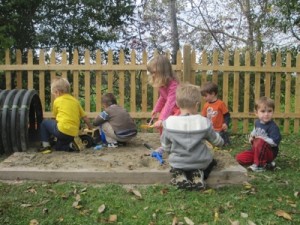 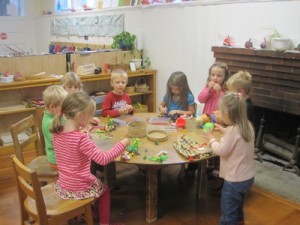 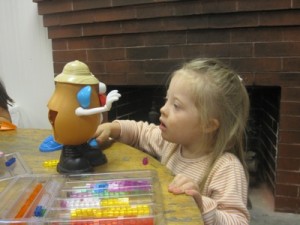 We learned some new songs this week, which we enjoyed.  We first read Today Is Monday by Eric Carle then practiced the song.  We also learned Shake Your Silly’s Out and One Green Jelly Bean, both of which everyone loved jumping and dancing to!  We also listened to three bells and ordered them from highest pitch to lowest.  It was pretty tricky, but there are some good musical ears in our class! 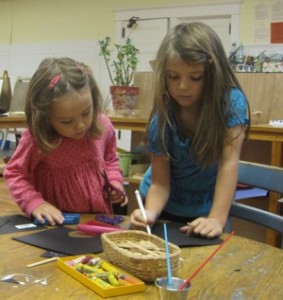 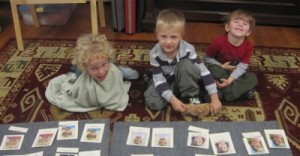 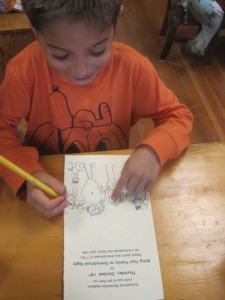 We began preparing for Bring Your Family to Sunnybrook Night.  Everyone is looking forward to sharing their classroom with their families on October 18th.

We also talked about which continent we live on, and how there are so many different places and languages in the world.

We received some great little pumpkins from Dian Kenison, and all enjoyed choosing and painting one.  They look quite fabulous!  Thank you Dian!

During Spanish this week we learned about Guatemala and the Muñeca Quitapena (worry doll).  Tuesday afternoon students began making their very own worry dolls using clothespins, yarn, and clay.  Several students are really hoping that they will take away nightmares if they share their worries with them and place them under their pillows at night. 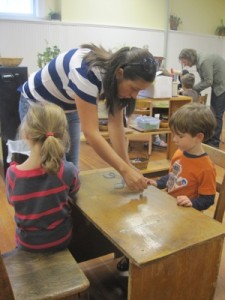 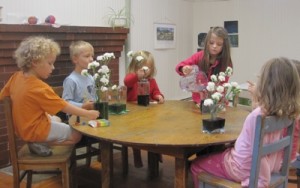 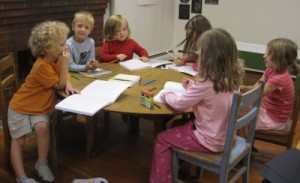 During Friday science club, we began an experiment to see how flowers drink.  We took white carnations and placed them into colored water.  Each student started a science notebook in which they drew a picture of our experiment and described it. During music we listened and counted to whole notes, half notes, and quarter notes, and spent some time dancing to our new songs.  We were happy to spend some time outside in the sunshine at the end of this long rainy week!

On Tuesday we will focus on our first Star of the Week, and we are excited to hear all about him.  On Thursday morning we will visit the library for story hour, where we will learn about fire safety, meet a fireman, and check out a fire truck.