We’ve been enjoying learning about bugs and insects! We learned that all insects have three body parts, six legs and antennas. We’ve spent some time at circle identifying insects from other bugs. We’ve enjoyed the stories, “The Grouchy Ladybug”, “Waiting for Wings” and “Insect World”.

On Wednesday we made cupcake insects (ladybugs and bumblebees). The children enjoyed decorating them and giving them six pretzel legs and two antennas! We have some talented cupcake decorators at Sunnybrook. 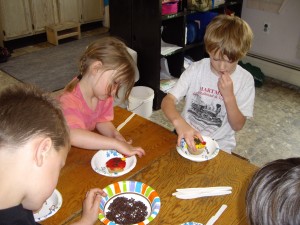 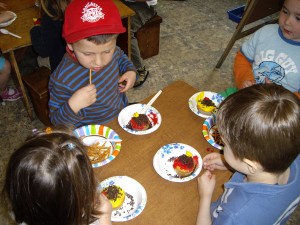 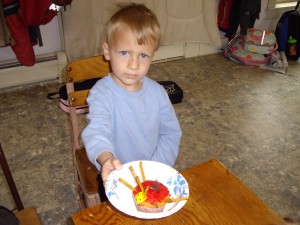 We’ve been watching our caterpillars and tadpoles and keeping observations about their changes.

On Thursday we enjoyed another great Spanish lesson and went to the library for a story hour about worms! We then used some finger paints to make worm pictures.

Outside we’ve been practicing hitting baseballs, playing with bubbles and sidewalk chalk, picking dandelions and enjoying the sunshine! 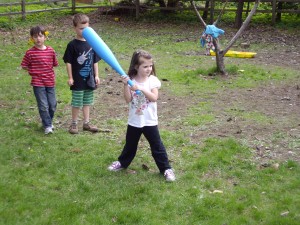 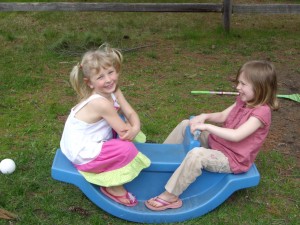 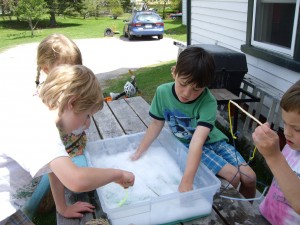 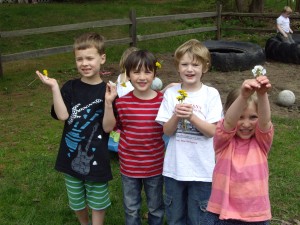