Our week was dedicated to preparing for Bring Your Family to School Night.  The students finished up invitations and family portraits at the art table.  We practiced giving a tour.  Each student chose three of their favorite materials to demonstrate for their families.  Everyone was quite excited to bring their families to school and show them what they enjoy doing while there.  It was great to see so many families.  Thank you for attending! 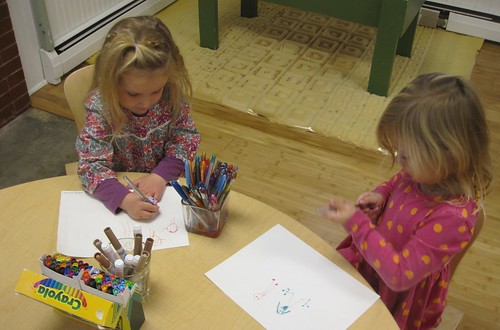 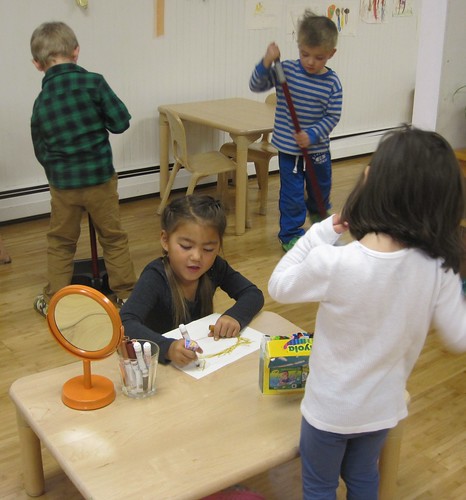 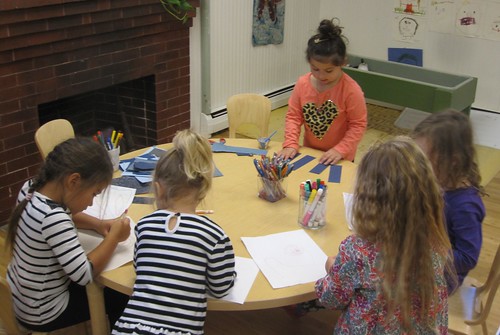 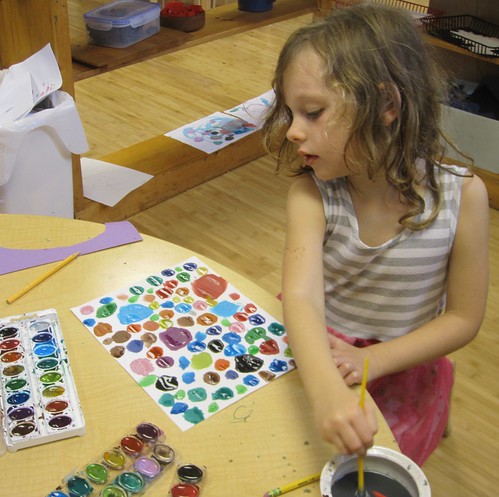 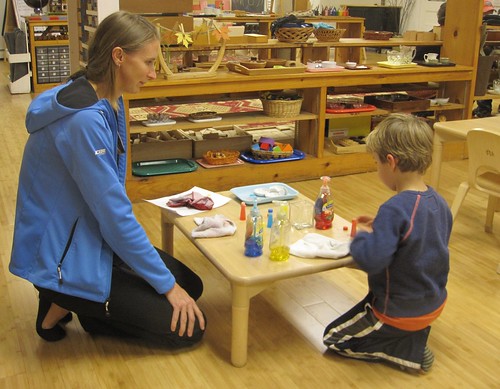 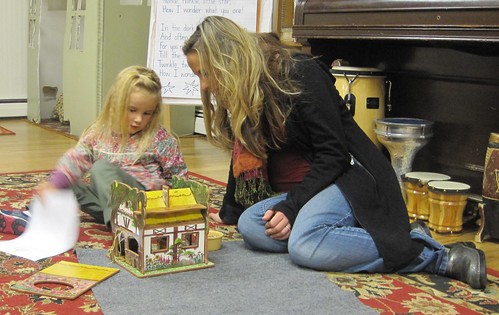 Firemen were busy putting out fires both on the playground and in the classroom.  We read about what to do if there is ever a fire in your house.  We practiced stop, drop, and roll, crawling underneath smoke, and calling for help so firemen would be able to find us.  We talked about developing an escape plan and arranging a meeting place with our families, and some children shared that they have already done this. 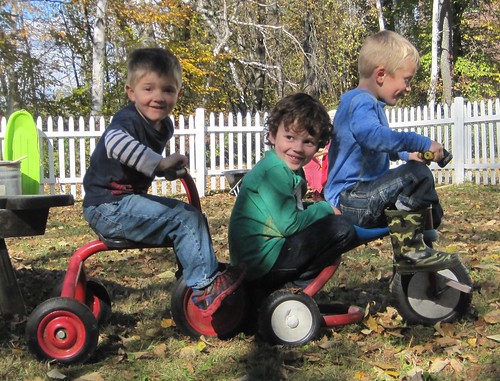 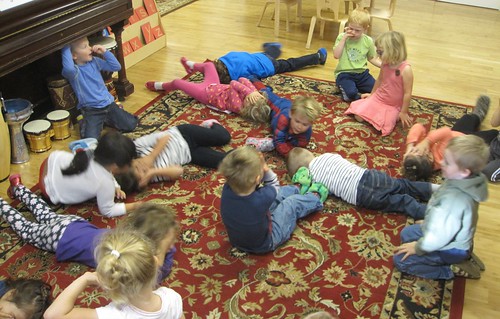 The sensory table was filled with spherical black eyed peas, which were fabulous fun!  They were quite determined to roll all over the classroom floor, and the children (and teachers) were busy sweeping them up all week. 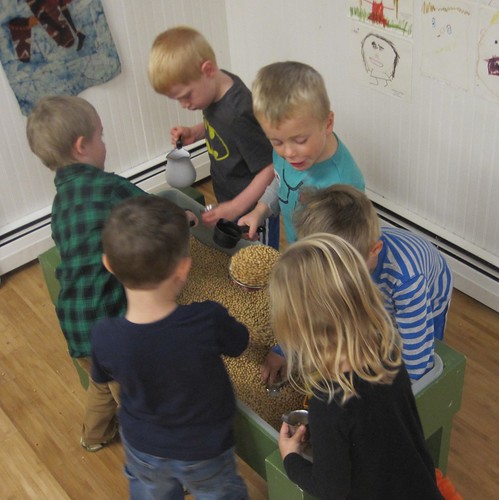 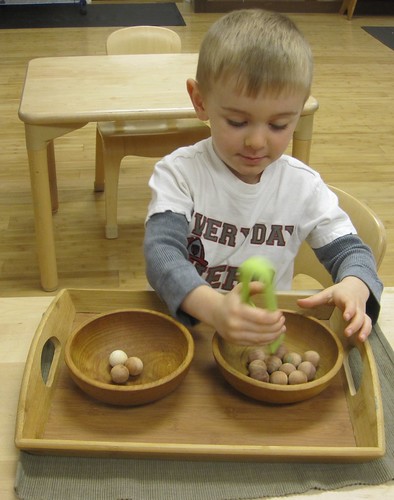 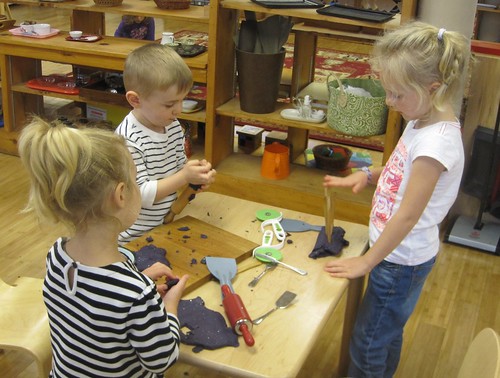 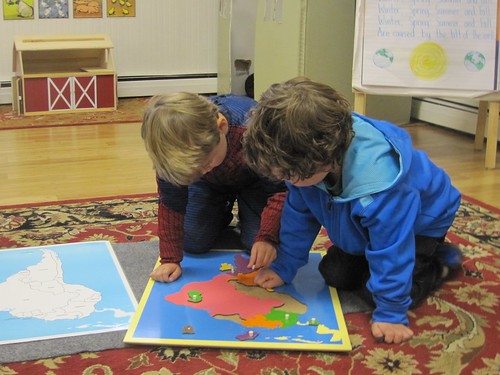 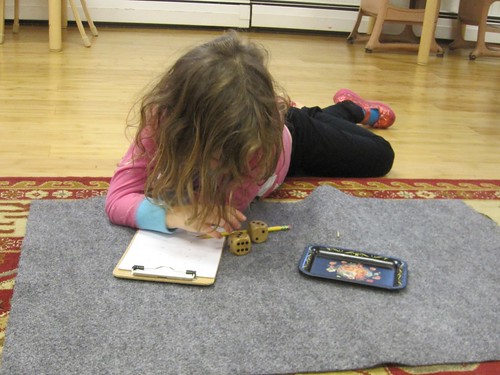 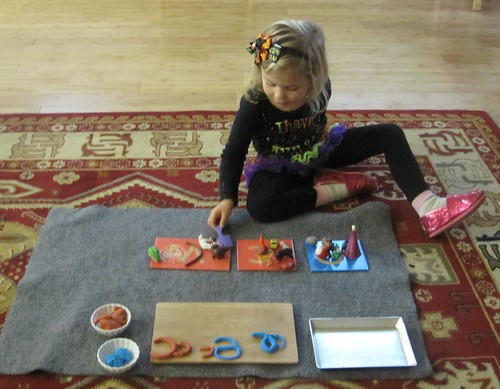 We celebrated a fourth birthday this week. We counted four orbits of the earth around the sun while the birthday girl held the globe. After singing “Happy Birthday” she blew out the candle sun and everyone enjoyed the delicious Minnie and Mickey Mouse cupcakes. Yum! 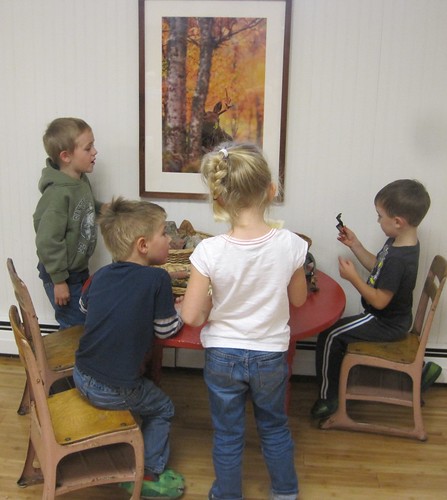 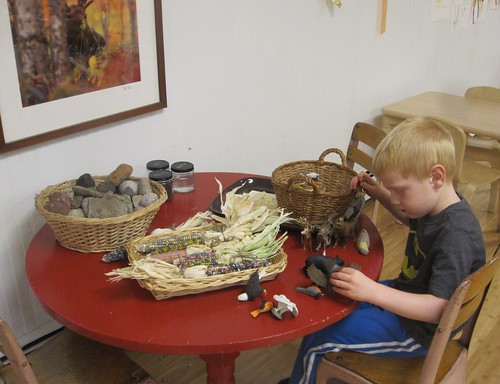 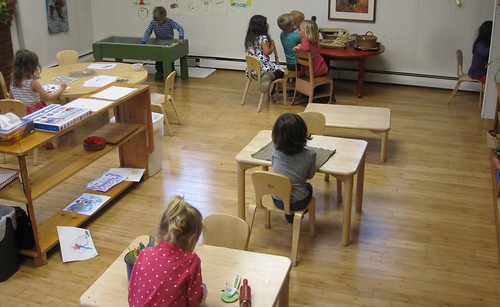 For Friday science we began to learn about rocks and how they are formed.  We read that there are three types of rocks, each formed in a different way.  The first type we learned about is igneous rock, which is formed when molten rock from within the earth cools.  If it cools on the surface, it forms extrusive igneous rock, one type of which is obsidian.  We also learned about granite, an intrusive igneous rock, which cools under the surface of the earth.  We did an experiment to “make” igneous rocks.  The children grated crayons, then watched as it melted over semi-hot water (unfortunately not quite hot enough to be fully effective).  We checked back on them as they cooled to see that they had hardened.  We will learn more about sedimentary and metamorphic rocks over the next two weeks. 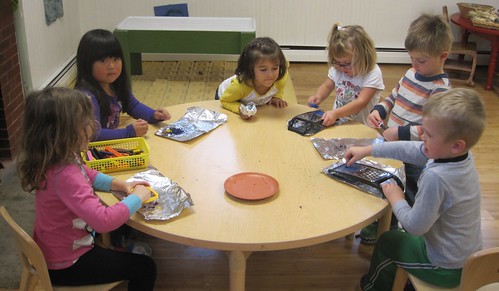