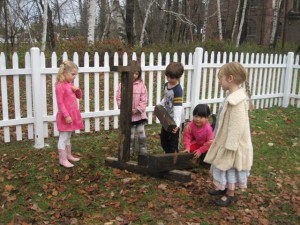 This cold rainy week was filled with lots of exciting activities!

During Monday Art the students learned about the artist Jackson Pollock, then had a fabulously messy time creating their own splatter art masterpieces, which are currently displayed on our classroom wall. 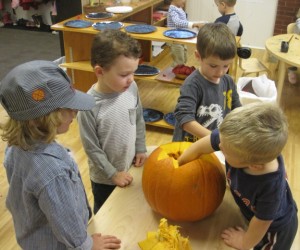 scooping out the pumpkin

Pumpkins, pumpkins, pumpkins!  We were thankful for the three pumpkins that were donated by a generous family this week.  The students were so excited to cut them open and scoop out the seeds and guts.  We then soaked the insides in water, removed the stringy fibrous parts, then dried and roasted the seeds with salt and cinnamon sugar for snack.  They were so yummy!

Next it was carving time. The children decided that one pumpkin should be scary, one should be happy, and one should be sad.  They designed faces and the students took turns carving them out.  It was some very careful work! 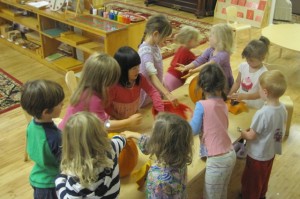 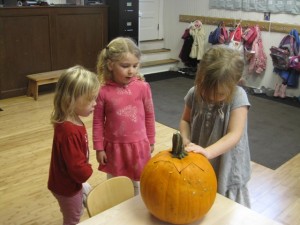 During circle we discussed germs and how they are transferred from one person to another.  We demonstrated sneezing into our elbows and when we need to wash our hands. The children had a lot of good information to share!

The rainy weather and excitement of the week had our bodies full of energy, so we tried to do some singing and dancing to help get it out.  On Wednesday we brought out the parachute for the first time.  It was fun to shake it really fast, to sit underneath and sing, and to take turns going under while everyone else was shaking it. 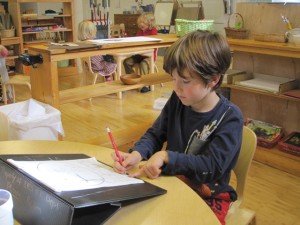 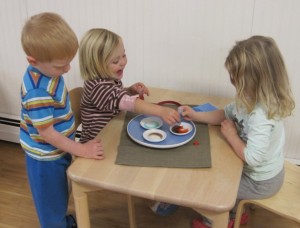 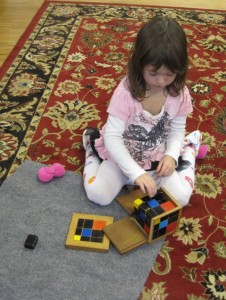 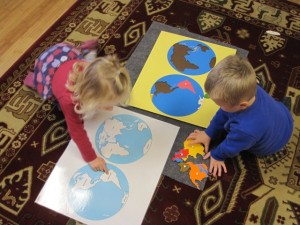 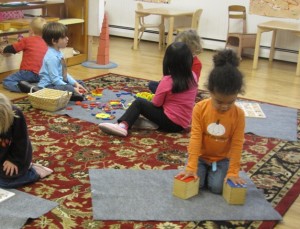 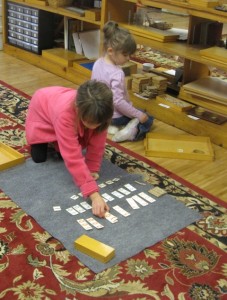 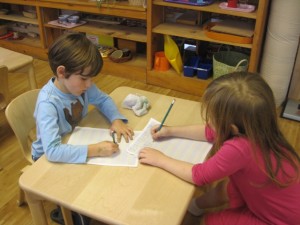 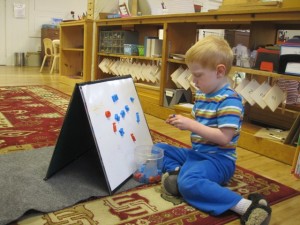 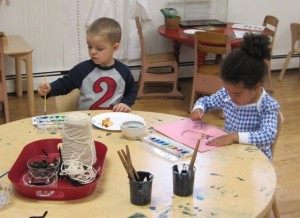 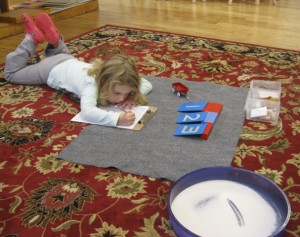 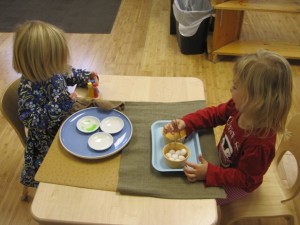 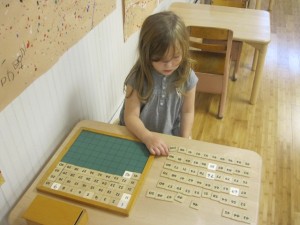 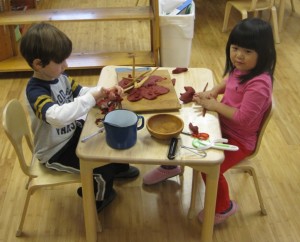 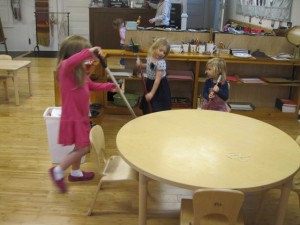 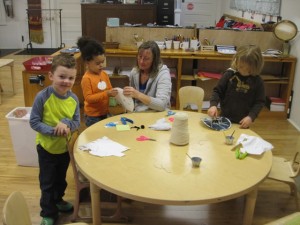 At the art table the children had a fun time making spider webs and spiders with Tammy.  They painted plates black then used pipe cleaners, pom-poms, and eyeballs to make spiders.  The next day they punched holes around the plates and laced spider webs through them for their spiders to sit on. 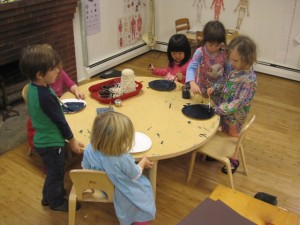 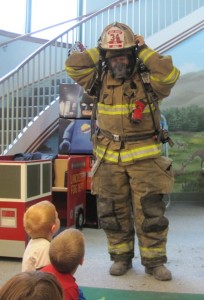 Assistant Chief Jones with all of his gear on

On Thursday everyone was anxious to get over to the library to see the fireman and the fire truck.  Ronnie read Firehouse! by Mark Teague then Assistant Chief Jones arrived.  He talked to us about having smoke detectors in our houses, how to stay below the smoke if there is a fire, how to cover our faces with our hands and to Stop Drop and Roll if there is fire on our clothes, and that we should have a safe meeting place outside if there is a fire in our house.  He then showed us how he puts on all of his gear for a fire, and what he would look like with everything on.  He said that his job is to help us if there is a fire, and that underneath all of his protective gear, he is still the same person.  If we are ever in a fire and see him, we should crawl to him and not be afraid because it is his job to help get us out.  Finally we headed out to see the fire truck. Fireman Jones showed us several of the tools that they have on the truck, and told us what they do with them, then everyone who wanted to had a chance to climb up into the fire truck to see inside. 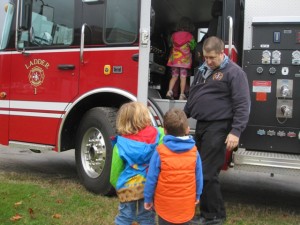 taking a turn in the truck 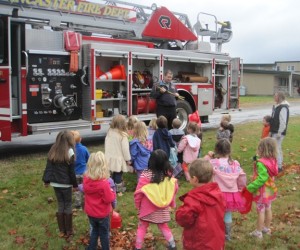 checking out the tools on the firetruck 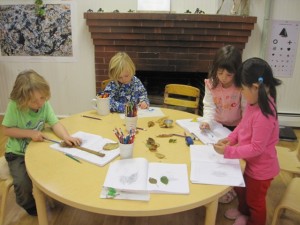 Friday students read about scientists and what they do.  They learned that a scientist asks questions, learns from her senses, makes observations and records them, and tests things.  We then practiced being scientists by observing leaves.  We observed their size, shape, color, texture, and edging.  We measured some, traced some, and did rubbings.  We noticed their veins and stems and observed differences and similarities between them.